For those who followed this journal in past weeks you might recall that our eldest son was to be married on Sunday.  Not in our garden, but we were expecting out-of-town visitors to drop by the house, and if you drop by you’re probably going to tour the garden.

I discovered midway through the rehearsal dinner that I was expected to make a toast to the soon-to-be-newlyweds (I have no doubt that I was informed earlier, I guess my listening skills need some improvement), and in my ad-libbed exuberance I invited the whole crowd back to our place afterward.

So, we had a crowd working their way in pitch black (no moonlight) over irregular stone paths and down treacherous stone slab steps (that can be a bit difficult in daylight) through the jungle to the swimming pond and fire pit (above). Fortunately, a few wise souls had key chain flashlights, so everyone made it without injury. The father of the bride misstepped into water where two large boulders bridge a pond with a small gap between, but otherwise no catastrophes.

I had gathered loose sticks and a few well seasoned logs for a fire, but we had light rain a couple days earlier, so starting the fire was a struggle. But that was it, no disasters. One wet shoe. I don’t deserve such good fortune.

More importantly, the nuptials the following day went smoothly, and the deed was done.

The day after, the garden had survived the festivities better than the rest of us. No beer bottles floating with the koi, no squashed coneflowers, just smoldering embers from the fire, hardly any evidence of visitors. 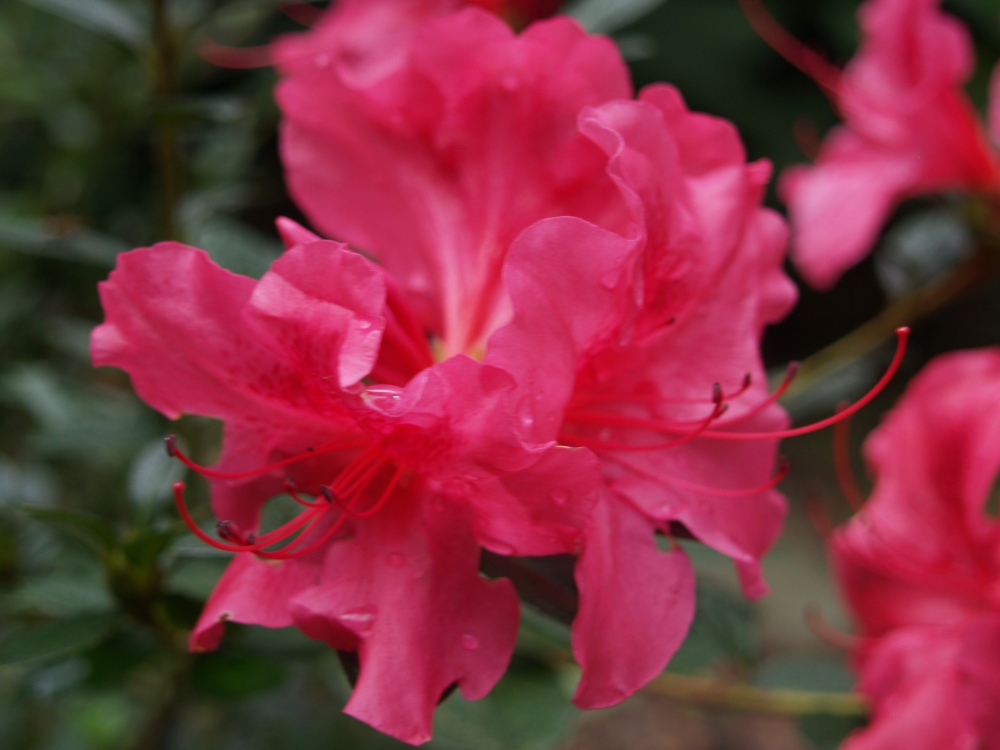 An adequate number of late Summer bloomers showed enough color to satisfy the daylight visitors. The Encore azaleas (above) were just beginning to flower, but the blue reblooming hydrangeas each had several large mophead blooms, and many perennials were in full bloom. 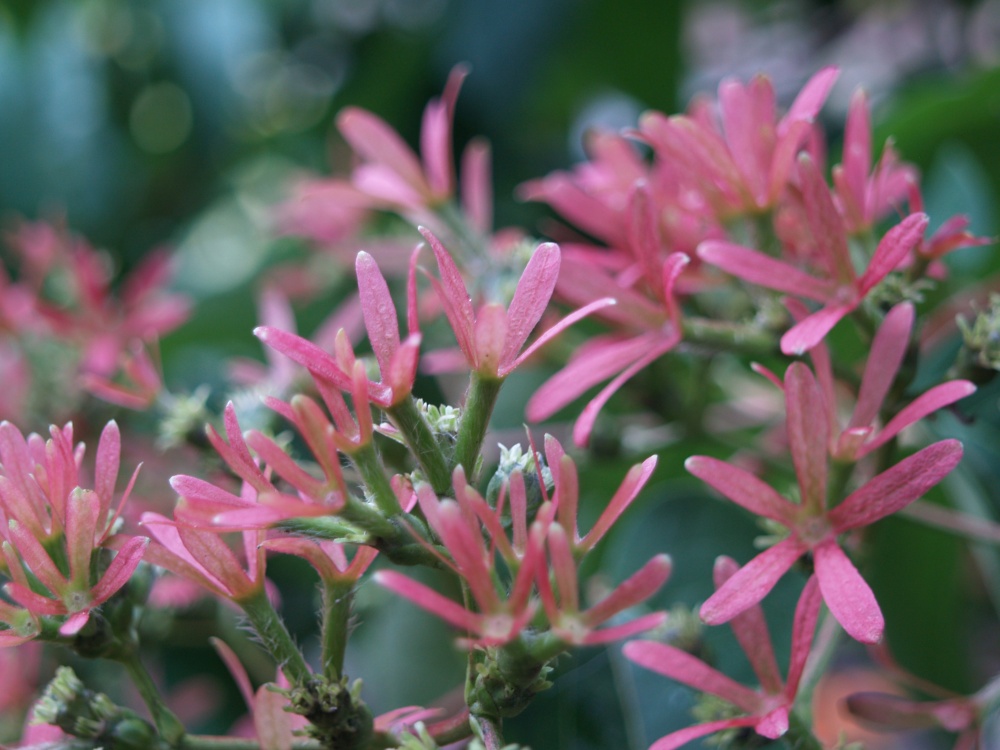 The small white blossoms of Seven Sons Tree (Heptacodium, above) have faded, but then it’s quite delightful when the calyx turns red for another month of color. Seven Son is not rare, but an uncommon and underutilized small tree, and I’ve been quite pleased with it in my garden. It’s form is much like a shrubby crapemyrtle, the flower clusters not so large or striking, but it is colorful for two months when few trees are.

The Franklin Tree (Franklinia alatamaha, above) is in the waning weeks of bloom, but is beginning to show some Fall foliage color, a lovely contrast of large white flowers and orange-red leaves. The first buds opened in early August, a gardener should be overjoyed with two months of bloom, particularly in late Summer. A branch that has split will require some surgical repair later this Fall, but I think that it will be accomplished without much effort, and hope that both branches can be salvaged.

There will be numerous projects begging attention in coming weeks, but as October approaches we appreciate the fading delights in the early Fall garden, and the wonder of the beginning of a family.