Undeniably, spring has arrived! Helleborus and snowdrops (below) have emerged from their snowy blanket to burst into bloom, yet much damage from the winter storms remains (though considerably less than many gardeners feared).

In the past weeks we’ve addressed how to prune the broken and split branches, what to to do with the large evergreens that are leaning, or roots that have been ripped from the ground. These are the most distressing results of the heavy snows, with many trees beyond salvage, but we have yet to discuss the evergreens that were buried and bent. Some have sprung back nearly to their usual shape, others only partially, their upright branching interupted by branches splayed at odd angles. Do they need help, or will they shape up without our assistance? And, what can we do to repair our bent and broken plants?

This is somewhat uncharted territory since I’ve had this happen only once, on a columnar blue spruce a number of years ago. I was successful in saving the tree then, and I expect it will work this time. The branches of my spruce did not bounce back many weeks after the snow had melted, so it was clear to me that the form of the tree would suffer if I didn’t lend a hand. I expect the same with many of the arborvitae (a twelve foot tall gold arborvitae with branches splayed in my garden, below), junipers, boxwoods, and other evergreens that remain bent out of shape today. 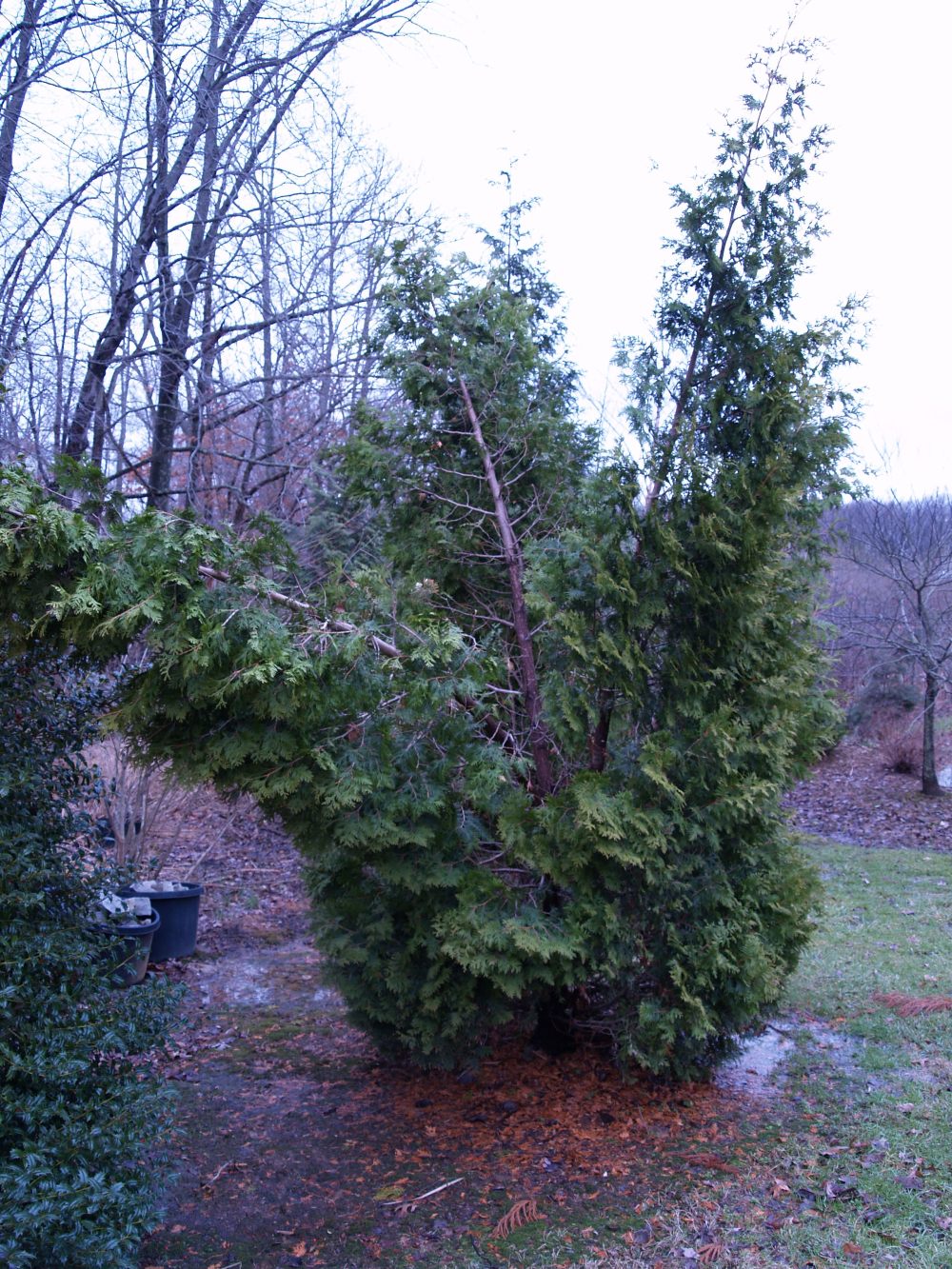 Years ago I used a length of clothesline rope to tie around the branches, drawing them back into a semblance of their original position. Today I’ll be using a thin nylon strap called ArborTie (below). Why not string, twine, or rope? These materials will work, but are more likely to dig into the soft wood of our evergreens as we pull it tight, and though the injury is superficial ArborTie will do the job without inflicting further damage. 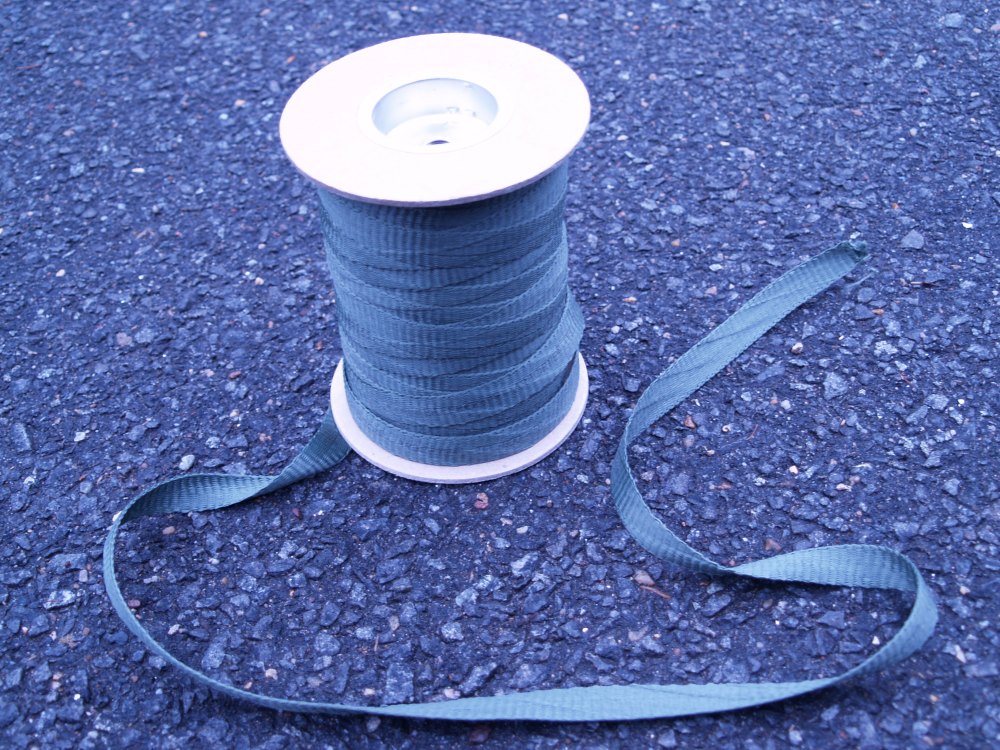 Circle the strap around the tree and tie a loop so that you can pull it tight. Lift the strap so that it catches the major branches and pull tight enough to pull the branches into a bunch that is a bit tighter than the normal shape. Circle the strap a few more time to catch some of the smaller branches, then tie the strap to a larger branch to secure it. I will plan on leaving the strap in place through the spring before removing it (the photo below is the damaged arborvitae after I tied it with ArborTie).

When the ArborTie is removed while the plants are actively growing they are likely to droop a bit, but will be much better off than if we had done nothing. However, this won’t work for all.

In my garden the branches of a Gold Cone juniper (a more colorful introduction of the old Irish juniper that fell into disfavor because it browned in the middle and often fell victim to snow damage) have bent to a severe angle (above), but the branches are not substantial enough to pull them upright.

I have pruned a foot off the top (above), then tied the stray branches and wrapped a length of the strap to secure most of the smaller branches. A few branches that couldn’t be captured by the strap were pruned off. I will be certain to remove the ArborTie later in the spring or the tightly wrapped stems will cause many brown needles from a lack of air circulation.

Some brittle, woody plants, such as azaleas and andromeda (Pieris japonica) will be difficult to tie because they are likely to break rather than bend back into shape. In some cases I’ll have to prune these severely, but I’ll wait several weeks longer to give every opportunity for them to rebound.

At long last our lessons are over. We have addressed most of the damage inflicted by the winter’s storms. Milder temperatures have returned, and we’re ready to get outside and tackle the tasks ahead.

Now I can get to work on my own garden.