The Cherry Blossom Festival has begun on the Tidal Basin in Washington and the flowering Japanese cherries are nearing peak bloom, but fifty miles to the west Yoshino and Kwanzan cherries remain in tight bud, still a week or two from blooming. In my garden the early flowering Okame (below) is blooming, and Snow Fountain, the white flowered cherry with compact pendulous branching is just beginning. 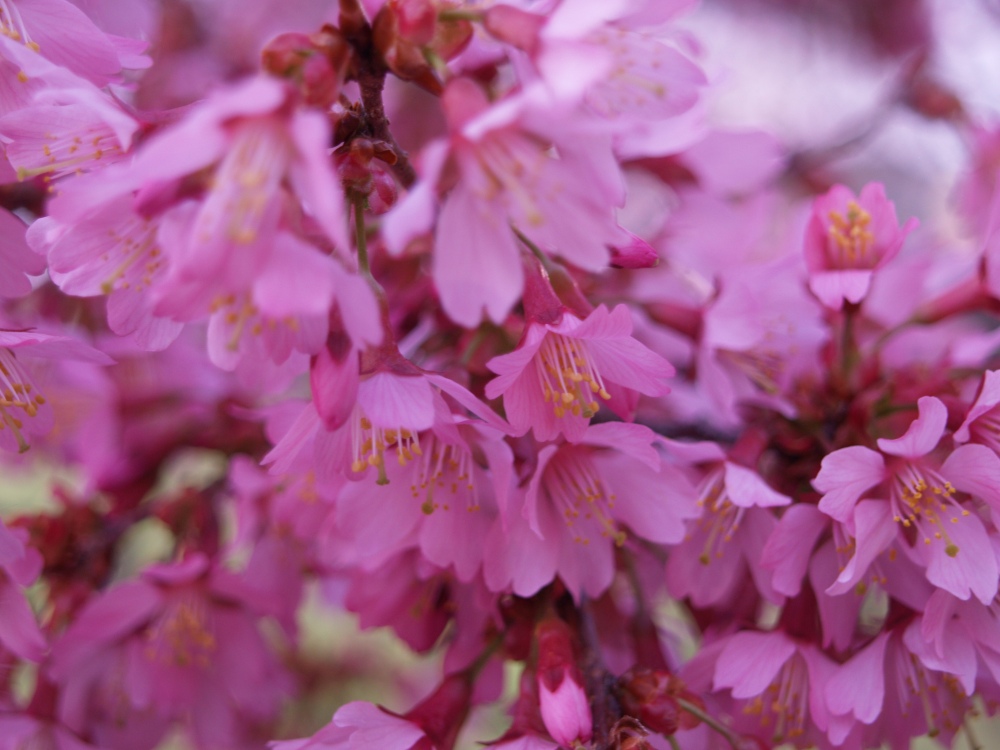 The popularity of the cherry blossoms has created many a problem for homeowners enamored with the blooms, but unaware of the ultimate size of these fast growing trees. I believe that a good guide for visualizing the space required for these trees at maturity is to imagine constructing a two car garage centered on the spot you’ll be planting most of the cherries, as well as most shade trees.

“Oh my, it will block the driveway”you say. Well then, find a different tree that will suit the space, and find another location for your cherry. Better to discover this now, before you have to butcher the tree or give up the driveway. Okame and Snow Fountain (below) cherries will consume a much smaller portion of your property, and might be more appropriate choices if your space is limited. And while we’re on the topic, don’t be fooled by the pink weeping cherry. It will grow to thirty feet, tall and wide, and go out and measure your garage if you think that will fit a couple feet away from your front walkway. 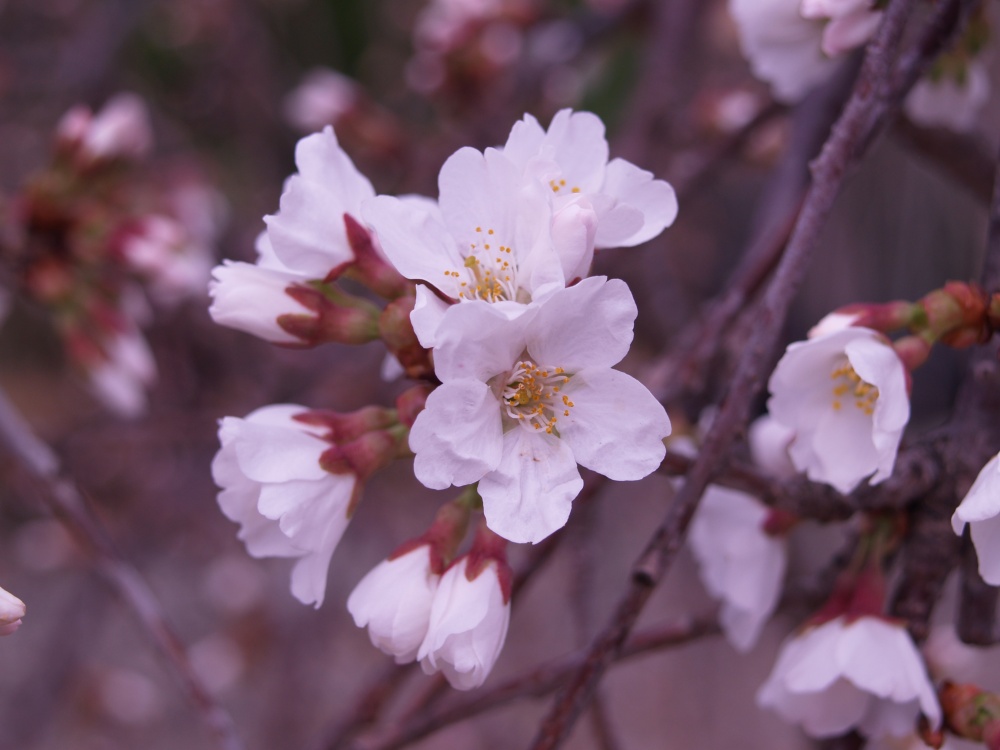 Now, before we move into the marvelous choices of trees that bloom in March, I have a few more words of caution. Purpleleaf plums are quite beautiful trees, with dark leaves, pale pink flowers, and a modest size that will work well in all but the smallest gardens, but they are a magnet for Japanese beetles (even worse than the cherries). The flowering plum will work quite well in the space that you had planned for the cherry, but be prepared to do battle, or be content to live with the lacy skeleton of the leaves beginning in July.

Which leads us to the carefree flowering pears, beautiful, fast growing trees that are covered in white blooms for several weeks beginning mid March. Their attributes are as fine as any tree, great flowers, fantastic, long lasting fall color, and an absolute resistance to most pests. What could be the problem? After ten or more years, once you have grown to accept the pear as a permanent centerpiece of your garden, a summer storm will rip the tree apart, a third of the branches sheared off and tumbled to the ground. You’ll consider whether the remainder can be left standing, but it shouldn’t, and you’ll remove your lovely pear.

Bradford pear is the most common, and most likely to split, and though other pears are not plagued by this problem so much, all  are among the most invasive of popular trees, sprouting from bird carried berries along fence rows and in open fields. There are better choices. 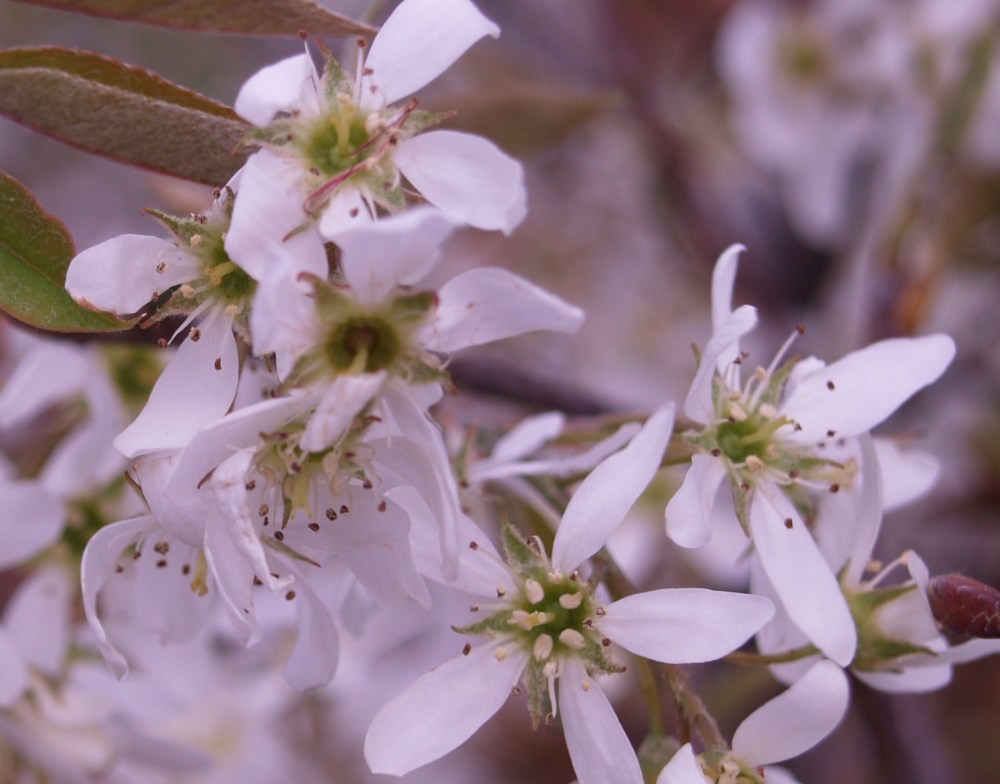 Serviceberry (Amelanchier canadensis, above) is a native, usually multi trunked tree that is often found on lists of plants for edible landscapes. I don’t know who is able to harvest any of the serviceberry’s fruits, except birds, but it is a nice, irregularly shaped tree for the wood’s edge. I would suppose that it could look out of place in the center of the property, but in a natural, informal setting it is a carefree, superb choice. 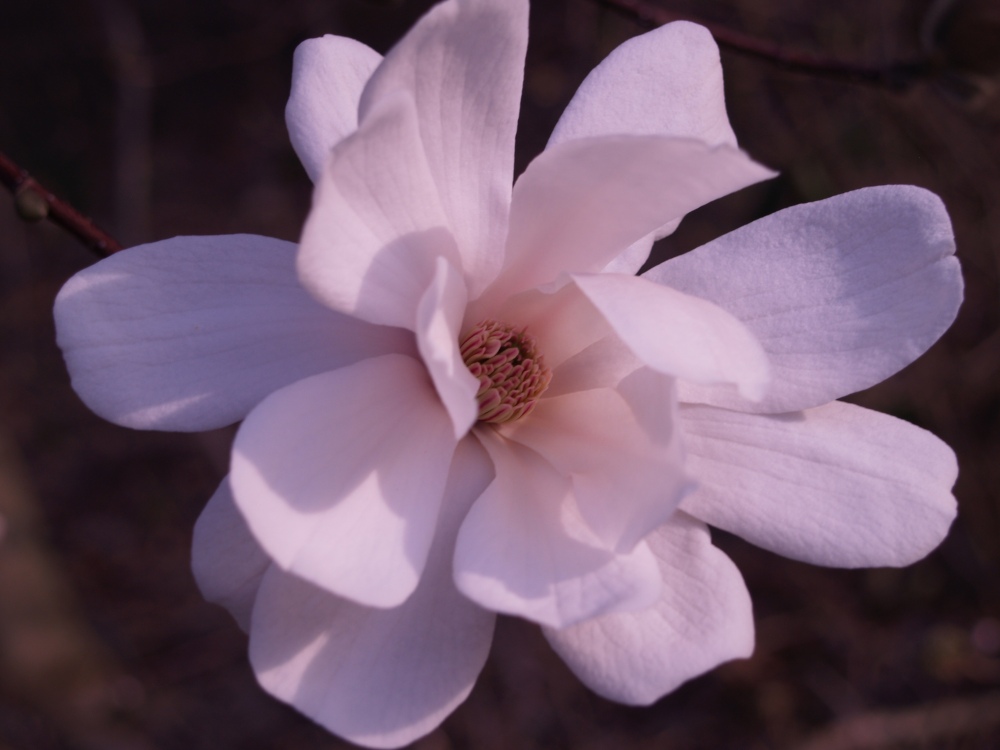 The early flowering magnolias are also excellent choices for the edge of a wooded area, though they have a more uniform habit than serviceberry. The star and saucer types (Dr. Merrill magnolia, above), and there are numerous variations, are more shrublike, and many people would prefer that they be planted at the margins of the garden, reserving the center for more interesting forms. 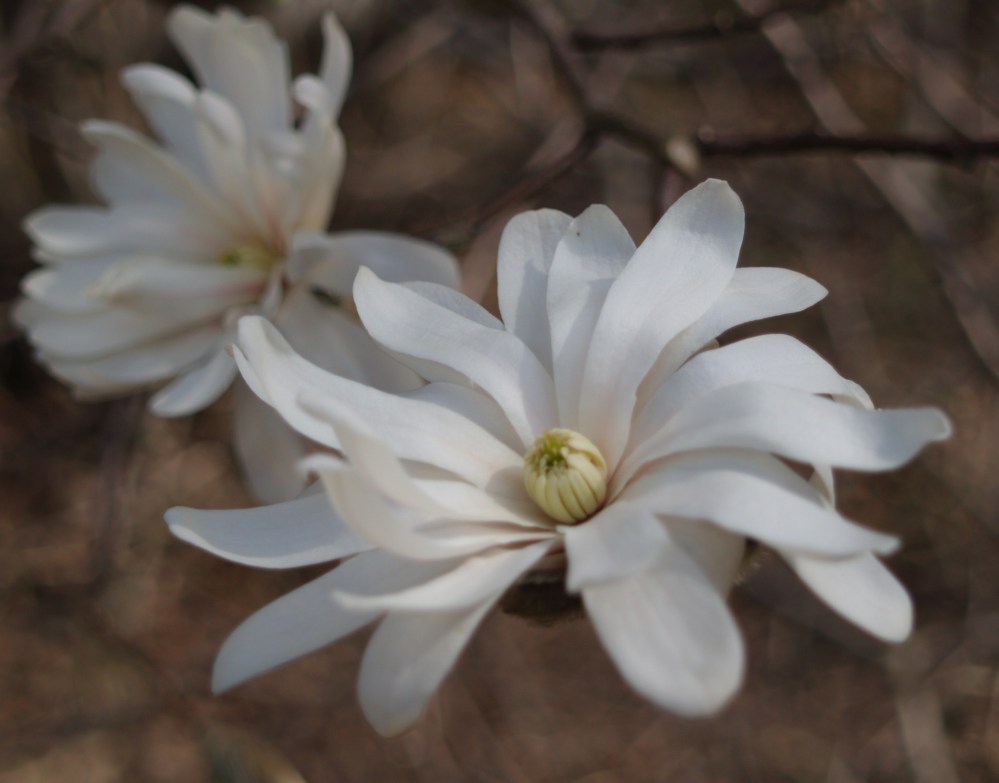 In my garden I have been convinced that Dr. Merrill is the earliest to bloom, followed by Royal Star (Magnolia stellata ‘Royal Star’, above), with the purple ‘Jane’ (below) close behind. Dr. Merrill is the tallest, with a narrow silhouette to more than twenty feet. Jane is shorter, but wider at nearly fifteen feet wide and tall, and Royal Star is ten feet or less in height and width. 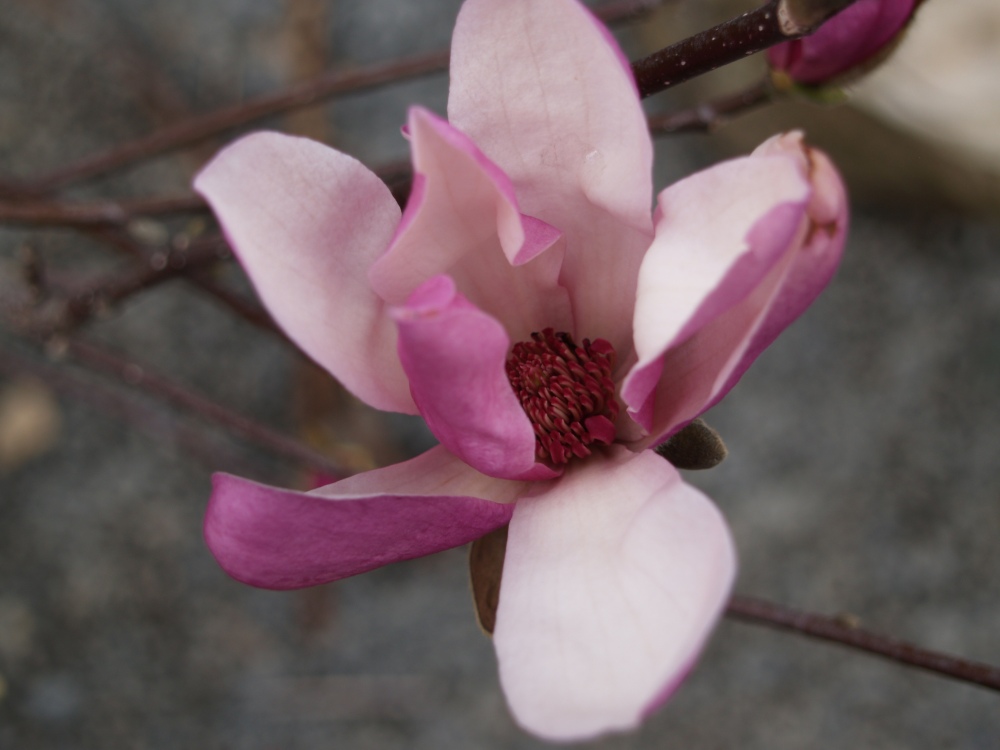 The blooms of Dr. Merrill and Royal Star are similar though the habit is dissimilar. Jane is quite different in color, and is known to flower sporadically through the summer. There are many other spring blooming, deciduous magnolias to choose from and all are delightful trees, though the blooms of earlier types are injured by frost on occasion. This has happened a time or two in my twenty years in this garden, but such an infrequent problem does not diminish the value of these wonderful March blooming trees.