When I was a kid, or more precisely when I was in my early teens, my buddy Tom was the local giver of nicknames. Old and young were given descriptive names, some benign and others not. The monikers were seldom given with malice, well, I guess some were, because Tom had a bit of a cruel streak. Why a quiet, studious fellow like myself and Tom became friends for several decades is a longer story, and one I’ll probably not fully figure out.

Tom’s nicknames often carried a perverse appeal, and the masses in the local schoolyard were quick to pick them up. For several years I was called “Mr. Peabody”, a name that was likely intended to mock my thick glasses and penchant for good school grades. Unbeknownst to Tom, the cartoon dog Mr. Peabody commanded respect for his wisdom, not Tom’s intended ridicule, so I was as comfortable with this nickname as any teenager with a nickname from a cartoon dog can be. Like it or not, the name stuck until I started wearing contact lenses and Tom moved on to another, more profane nickname . 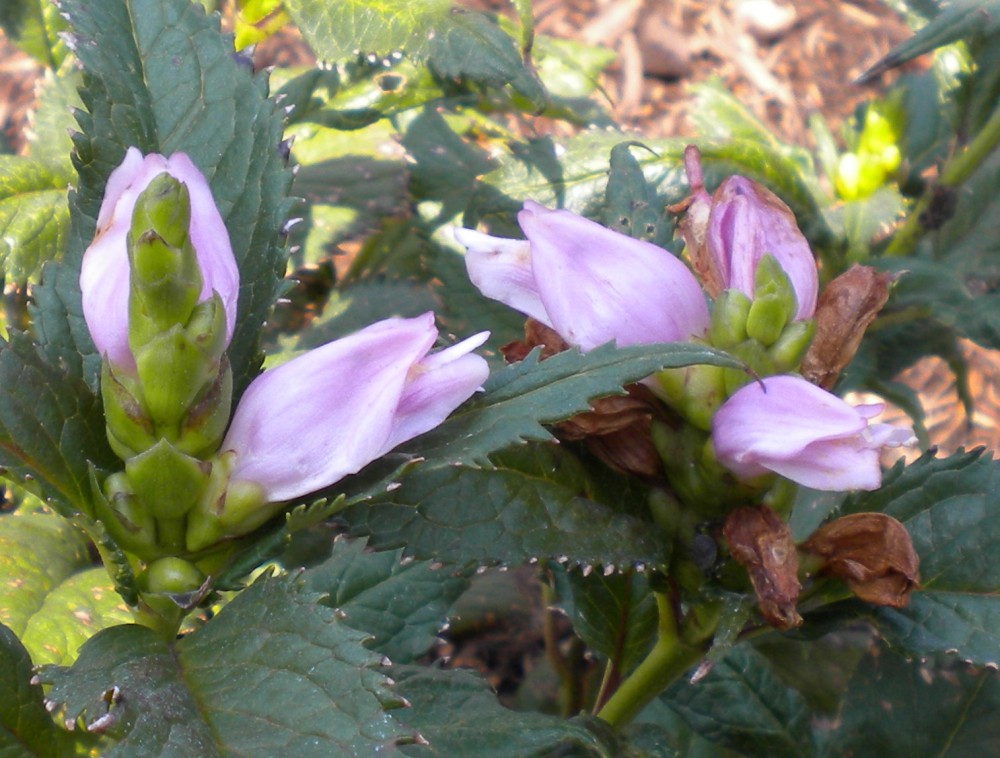 I haven’t seen Tom for a few years, and I’ve lost my nicknames, but I’ve been considering adding one of my own, perhaps Turtlehead, the common name for the Chelone lyonii ‘Hot Lips’ (above). The pink flowering Turtlehead is blooming in the half sunny, semi-damp low area in my garden where a trickle of a spring runs (except in the peak of summer, when it is completely dry). My body shape could aptly be described as turtle-like, with a small head attached to an oversized body, but I don’t know if the ‘Hot Lips’ thing works for me. Mine are definitely not hot (as my wife can attest), and probably not pink (though hidden beneath all that facial hair it’s hard to tell, but I can assure you that they’re not pink). 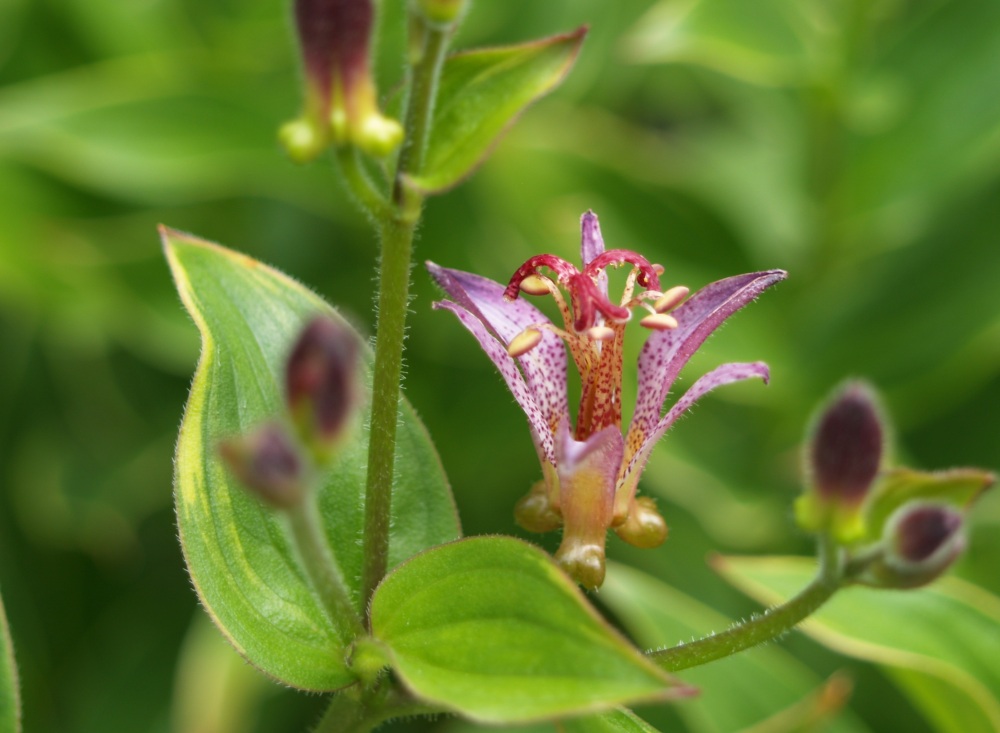 My wife will probably suggest Toadlily (though my appearance suggests the toad far more than the lily), and again the first of the Tricyrtis (above) are beginning to bloom in the sunnier spots in the garden. There are now more cultivars than I can recall, and in shadier parts of the garden it will be another week or three before they are in flower. I especially treasure the toadlilies for the unique form of their flowers, and certainly over the following weeks there will be many photos of one or another. 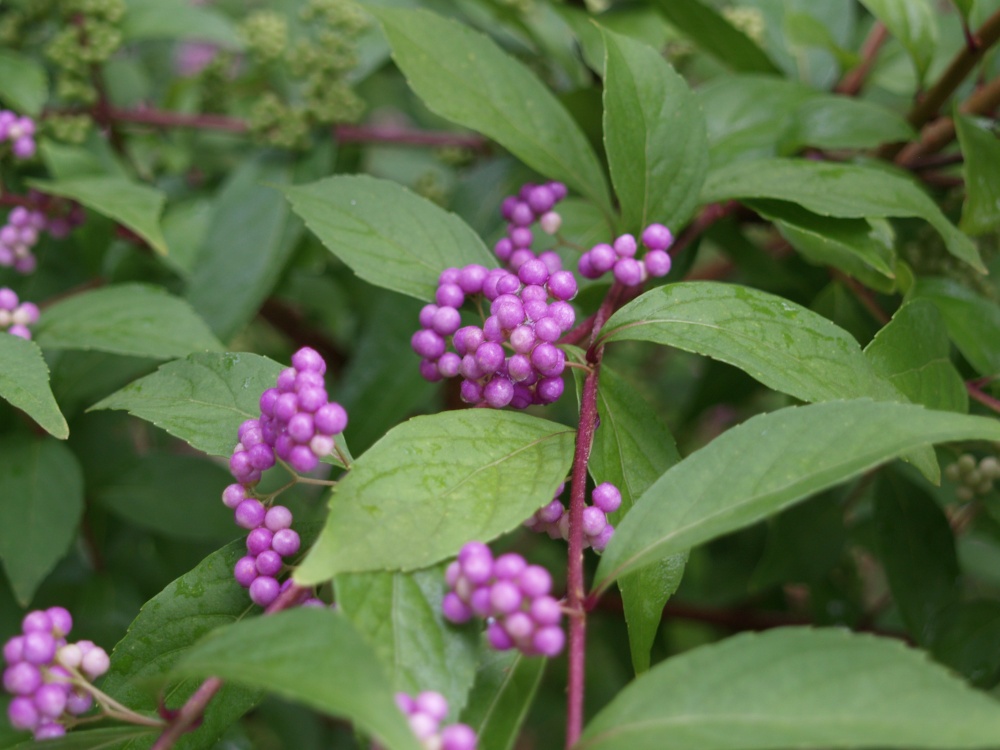 I’ve been described more than once as a hunk (though, a hunk of what? I shudder to consider the possibilities.), but Beautyberry (Callicarpa, above) is not likely to be appropriate. The unremarkable, small white flowers have faded, and now are replaced by highly ornamental purple or white berries. This native shrub is quite ordinary through most of the year, late to leaf in the spring, and with plain green foliage on slightly arching stems. But, in August clusters of berries form along the length of the stems, and these persist to late summer, catching the eye and lending credence to its moniker. 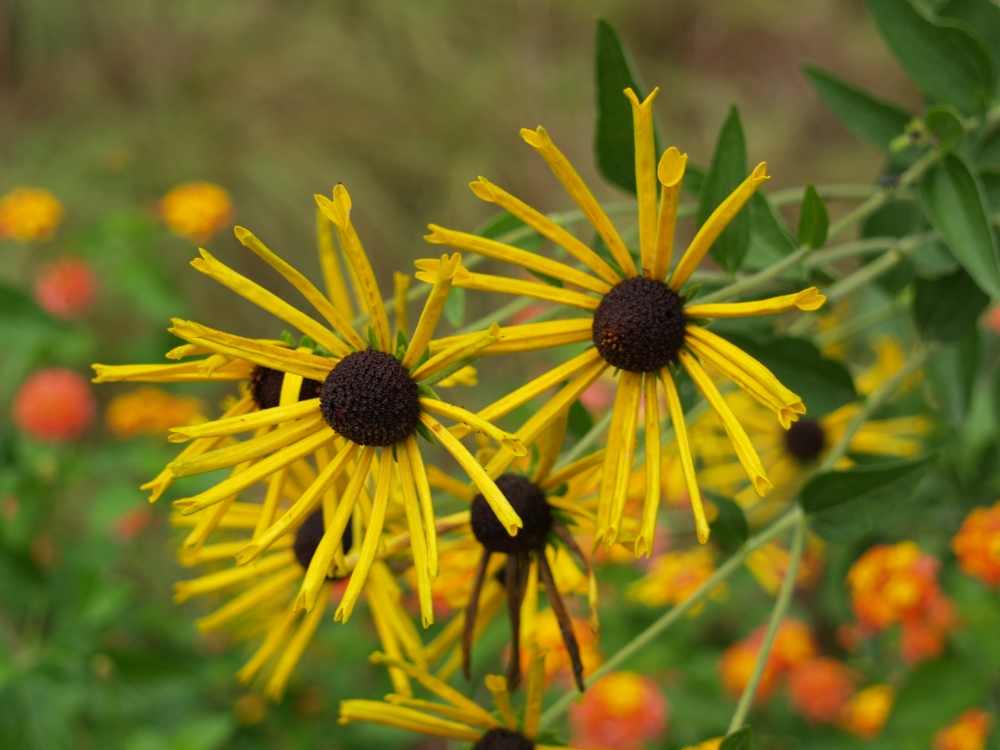 I’m certain that there are many other common plant names that you might think appropriate, but please be kind. Black Eyed Susan (Rudbeckia, above) isn’t even close, and I bear no resemblance to Ben Franklin (Franklinia alatamaha, below) at all. 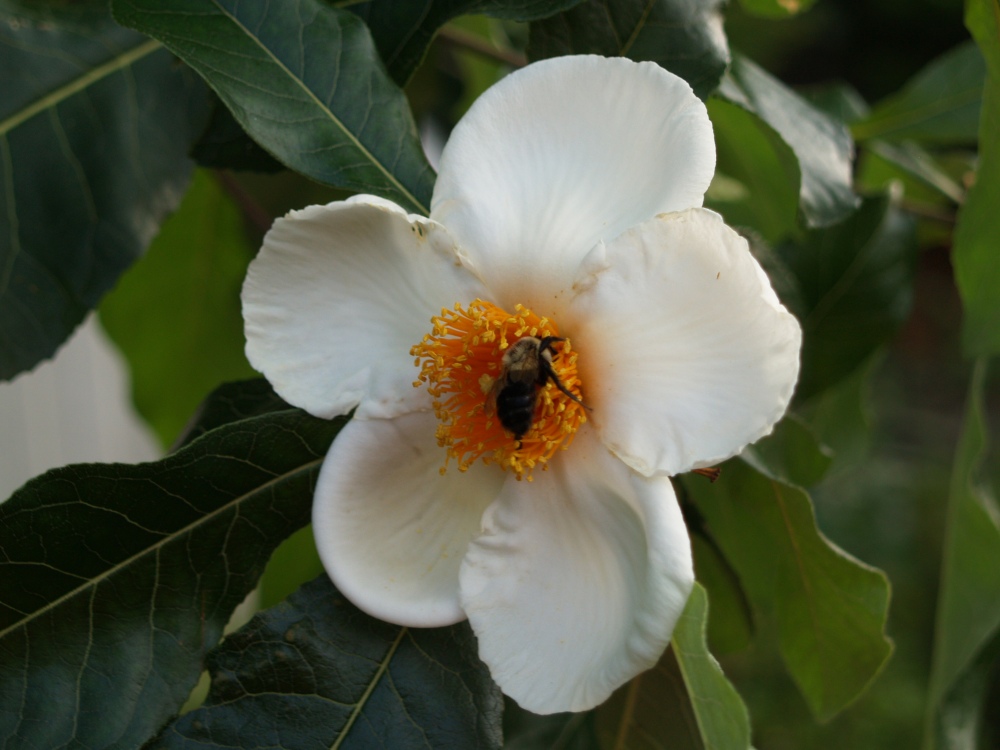