This afternoon I was prowling about the garden, enjoying the glorious January sun despite occasional raindrops from dark clouds that raced along on a stiff breeze. I wasn’t planning to stay outdoors long, but was caught up in the warmth, and stayed until the soil’s wetness had soaked through to my socks. 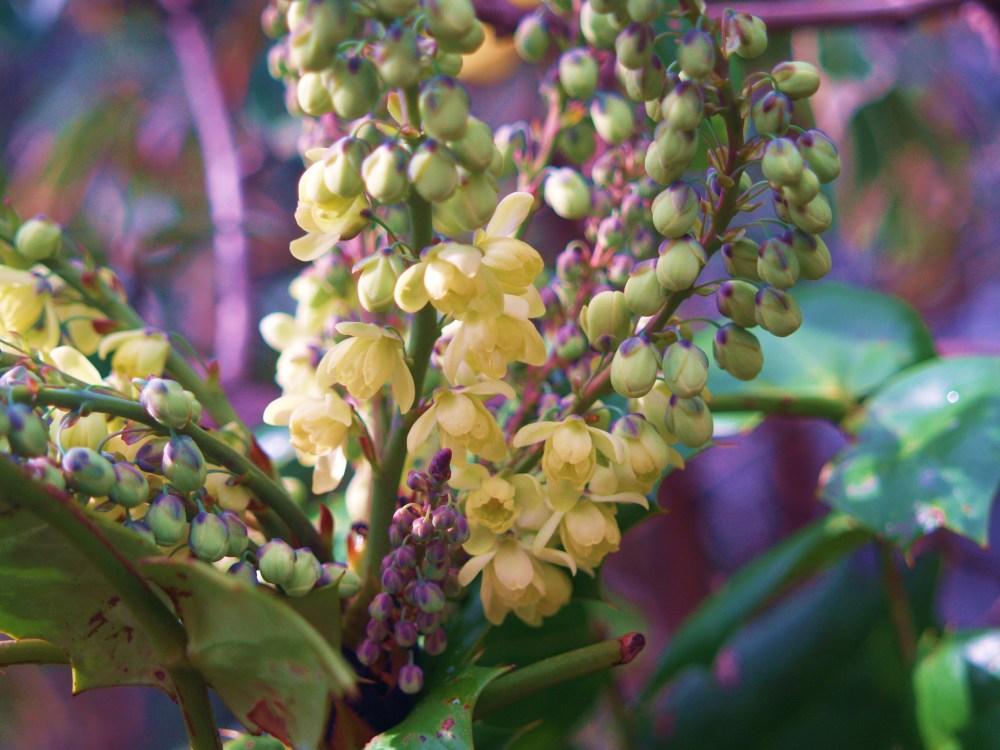 In recent days I’ve noticed that the spring flowering mahonias (Mahonia bealei, above) are beginning to bloom. Today a bee was buzzing about the flowers that were opened, the flowers and bee both rare sights in early January. I expect ‘Winter Sun’ mahonia (Mahonia x media ‘Winter Sun’) to be blooming late into December, and often into the first week of January, but Mahonia bealei is most likely to flower in early March, or late in February with an unusually warm late winter.

Periods of warm temperatures are not unusual in the winter months, and on occasion the warmth will encourage daffodils, forsythia, and other late winter bloomers to flower a month or more early. When the warm days are followed by more typical cold the flowers are damaged and fade quickly, but the plants live on, and other swollen but unopened buds are rarely damaged. Foliage of bulbs will often break ground and grow several inches before the onset on cold, but this early growth is seldom injured.

Temperatures through November and December were uncommonly warm, and in early January there are signs of plants that are breaking their winter dormancy. The foliage of daffodil, hyacinth, and allium bulbs (above) are several inches tall in my garden, and with a few more days of warmth the snowdrops will be in full bloom. More typical cold temperatures are forecast for the next few days, but then will be followed by milder temperatures, so I expect to welcome a few more blooms before winter inevitably returns.

Winter jasmine (Jasminum nudiflorum, above) will often flower sporadically in any period of four or five warm winter days, but I don’t recall seeing flowers in late December or an abundance of bright yellow blooms as on this early January day. I have planted winter jasmine beside one of the garden’s ponds so that the arching stems tumble over gray granite boulders and tangle themselves in the net that covers the large pond. The stems root with any contact to soil, and one plant will quickly fill an area ten feet square.

Vernal witch hazel (Hamamelis vernalis) and winter daphne (Daphne odora) will often flower late in January with mild temperatures, but both are beginning to show some color at the start of the month. The flowers of both will tolerate considerable cold without fading since they are adapted to winter flowering.

Most years, in late January I anxiously watch for the first glimpse of yellow peaking from the buds of the hybrid witch hazel ‘Arnold’s Promise’, but often there is not even a hint of color until mid February. Today, the buds have opened ever so slightly, but I expect that with colder temperatures on the way they will be slow to open. 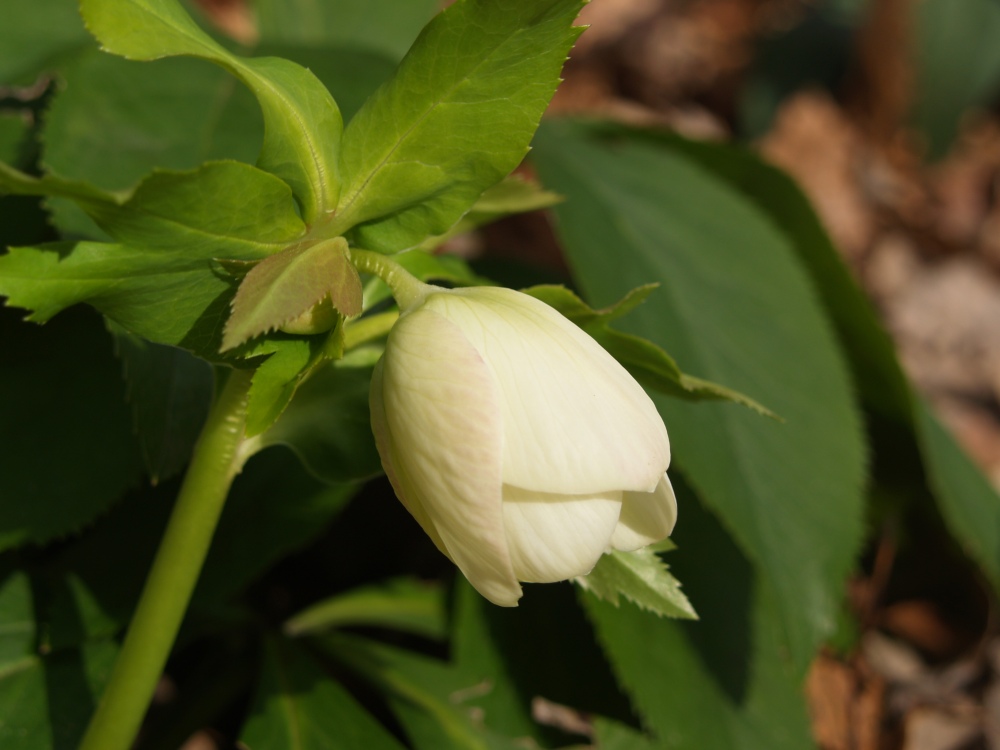 The hellebores (above) refuse to wait any longer, and several have plump buds and a few flowers that are beginning to open. In my garden it is more common to see the first hellebore blooms in mid to late February, but I don’t think any harm will come from flowering earlier, and I’ll be certain to check them more regularly while visiting the other flowers in my winter garden.