In most years ‘Winter’s Star’ camellia (Camellia x ‘Winter’s Star’, below) flowers beginning in early to mid November, and continues for several weeks, and sometimes a month. Occasionally, if temperatures remain moderate there will be a few blooms into the start of the new year. I don’t get too worried if flowering is delayed by a week or two, or if it’s a bit early, but I was surprised ten days ago to see ‘Winter’s Star’ blooming in the second week of October. 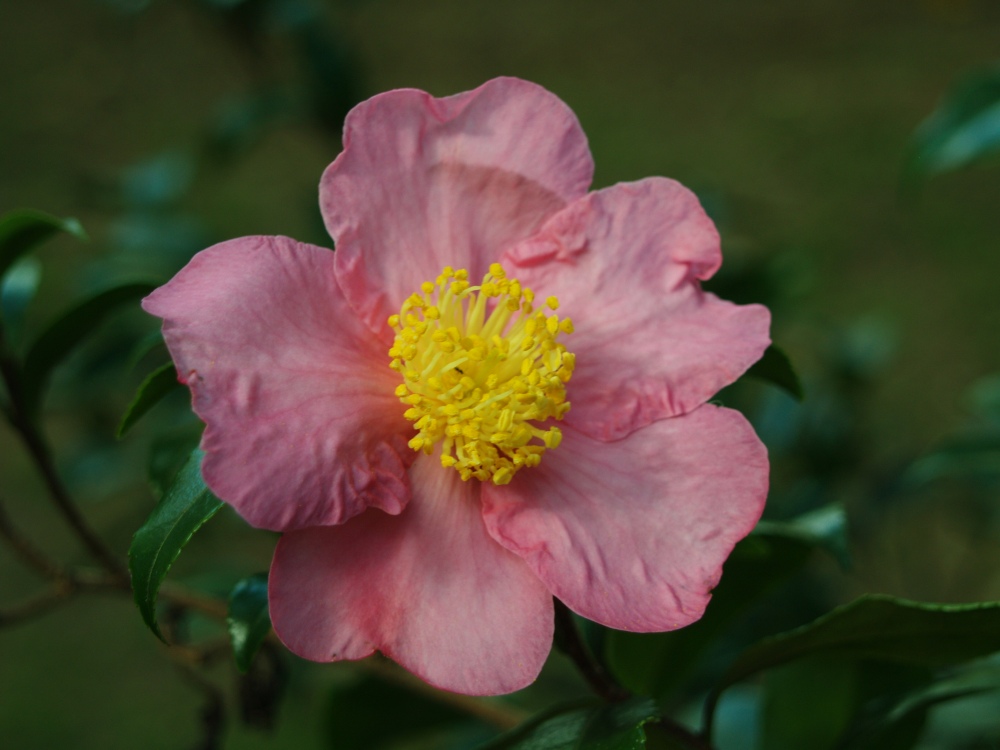 I’ve found it foolish to attempt to make sense of much of what occurs in the garden, and certainly the gardener should not be bothered by camellias that are flowering a month earlier than is usual. There are too many factors to consider, and perhaps the best that can be hoped for is that the camellias bloom at all. I’ve had considerable troubles with ‘Winter’s Interlude’ (Camellia x ‘Winter’s Interlude’, below), another cold hardy hybrid developed by the National Arboretum that is planted only a few feet away from ‘Winter’s Star’.

A year ago was the first time I’ve seen ‘Winter’s Interlude’ flower in five years, maybe longer, and oddly, it flowered in January. It is supposed to bloom in October, but every year it develops fat buds that appear ready to go, and then the buds sit, and wait, until January and cold temperatures freeze dry the buds and not a single flower is seen. 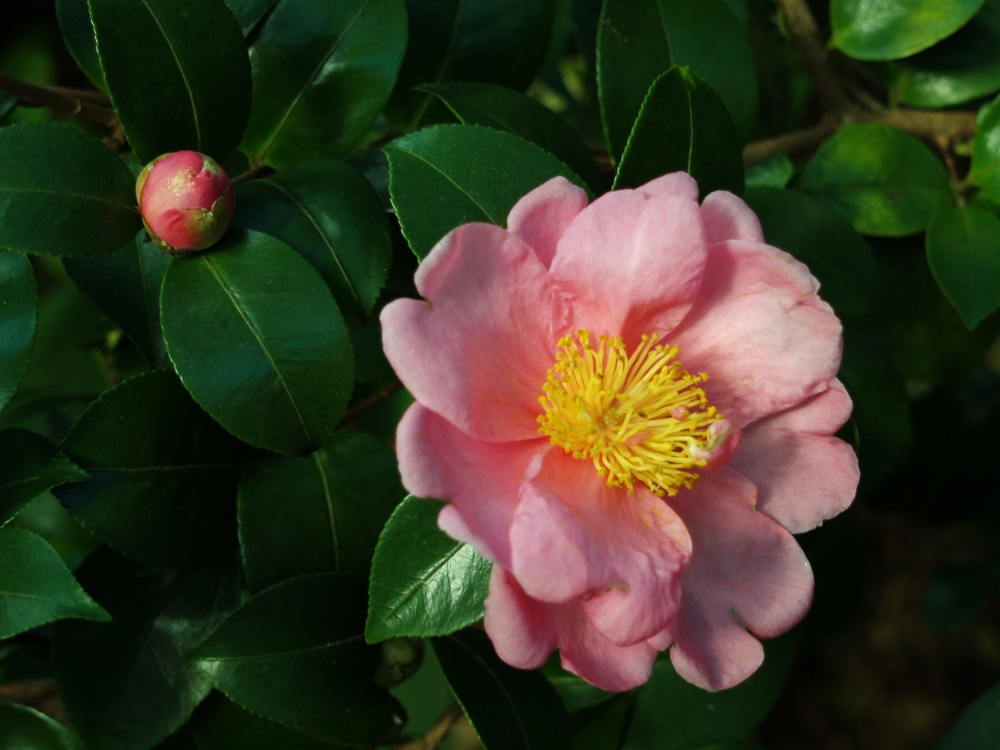 The weather in December and January a year ago was quite out of the ordinary, so buds were not damaged by cold, and by some confluence of circumstances the reluctant buds were forced into bloom. I cannot imagine why an October flowering camellia that rarely blooms at all will suddenly flower in January, then go back to its proper schedule the following October. No doubt there are reasons for all of this, but this is much too much for a simple gardener to fathom.

For its dependable flowering I prefer ‘Winter’s Star’ to ‘Winter’s Interlude’. The flowers are similar in color unless the light is just so, and then ‘Interlude’ is a deeper pink, I think. ‘Winter’s Interlude’ is a double flower, though barely so, while ‘Star’ is a single, but both are delightful mid to late autumn bloomers when there are few other flowers. Though the lack of flowers on ‘Interlude’ has been confounding in most years, both camellias have proven to be cold hardy, even through years when temperatures were consistently colder than recent years.