With little effort the gardener can find a surprising number of plants that flower late into the autumn so that the garden’s season is extended and the drab of winter is shortened. There are also winter hardy flowers for January and February, but that’s a story for another day.

By early November there were frequent frosts and a few nights when temperatures plunged just below freezing in my northwestern Virginia garden. Certainly, it showed. Most perennials melted in the early cold, and lush foliage of edgeworthias and hydrangeas hung limp, ready to drop in the next few days. But, still there were flowers, mostly unscathed by the cold, until a night when temperatures dropped to the mid twenties. 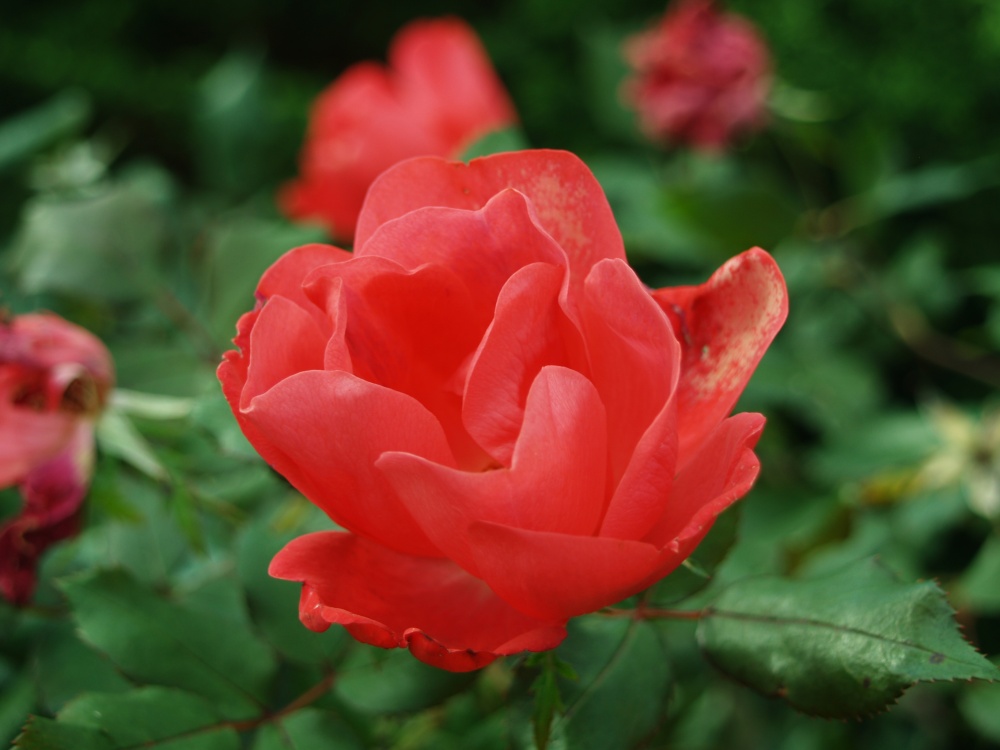 Many roses will continue to flower for weeks after hard frosts arrive (Red Knockout rose, above). On cold days the blooms are damaged, but new buds continue to open, often through the last week of November, and occasionally into early December. Neither foliage or flowers are at their peak, but who’s complaining, it’s November?

Many of the Encore azaleas continue to flower into November, and these show little ill effect from the cold. ‘Autumn Amethyst’ does not begin flowering until October, and occasionally there will be a few blooms remaining in December. ‘Sangria’, Twist’, and ‘Carnation’ have performed  best in my garden this autumn, with flowers that started in September and will continue until temperatures are consistently in the twenties overnight.

The late autumn flowering camellias continue to open a few buds at a time, though they have slowed in the cold over the past week. With warmer temperatures forecast I expect more flowers over the next week. ‘Winter’s Interlude’, ‘Winter’s Star’, and ‘Winter Snowman’ are hybrids that are more cold hardy than the earlier autumn flowering sasanqua camellias, and often there will be scattered blooms through December and January.

Most of the toad lilies (Tricyrtis) are past bloom, but a few were still going strong before the recent hard freeze, with more buds still to open that would flower for a few weeks longer if not for the cold night. The late  flowers are abundant, but not showy in the manner of mums, asters, or pansies that are planted en masse to be seen while speeding down the highway. Instead, the individual flowers are spotted and finely detailed so that they are best enjoyed at close range. Toad lilies are well know to gardeners, but are not common in the typical neighborhood landscape.

‘Winter Sun’ mahonia has proven to be a dependable late autumn bloomer despite any amount of cold, with bright yellow panicles that often persist into early January. I prefer the compact growth of ‘Winter Sun’ to the irregular habit of other mahonias, and the flowers are appreciated more when little else is blooming.