I am continually dismayed to hear the numbers of gardeners who have problems with deer, and more than that, how many report poor success with deer repellents. In place of repellents they prescribe varied remedies, from ugly, tall fences to exotic, home brewed concoctions, to recommending planting nothing but deer resistant plants. At the risk of boring regular readers, a bit of background is necessary.

At one time there were over a hundred varieties of hostas in the garden, along with many treasures that proved to be choice eating for deer as nearby farmland was developed into houses. The hostas took a beating, but for a few years I was determined to let the deer have their fair share as long as they left enough for me. It should be no surprise that the deer didn’t cooperate, and plants began disappearing at an alarming rate. Finally, my wife spurred me to action, saying if I didn’t do something she was going to buy a gun to take care of the deer herself.

I began spraying a repellent under the strict supervision of my wife. I’m not so good at keeping a regular routine, so my wife marked the first of each month on her calendar beginning in May to remind me to spray. After a year (or two) I was finally trained to do this without her reminders, in good part because I was encouraged by the success of the repellents in dissuading deer from nibbling on the hostas.

The reward from spraying was easily recognizable. Many of the hostas returned, and only an occasional plant that was missed in spraying was bothered at all. My acre of garden takes only a half hour to spray each month, and the only problem I have (besides skipping over a plant or two) is with fast growing perennials in mid spring. Spiderworts are prime eating for deer, and from the first of the month to the middle they might grow eight or ten inches in May. The lower foliage is sprayed, but this isn’t enough to persuade deer not to eat the tops, so I keep a half filled sprayer to go around a second time when they’re growing fastest.

There’s no disputing that deer will eat just about anything if they’re hungry enough, but some plants are so bitter, distasteful, or even mildly poisonous that deer will go far out of their way not to eat them. There are enough of these to make a decent garden, but as much as I love hellebores and ferns, I need more than only deer resistant plants in my garden. 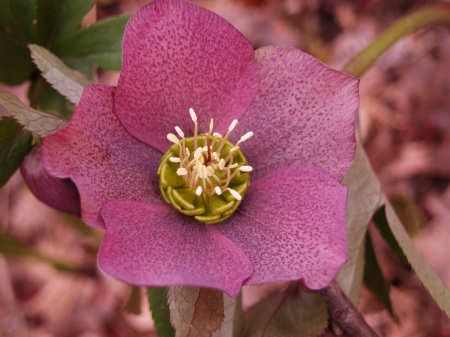 Whenever I read that a gardener has had only temporary success with deer repellents, I’m confident enough due to my success to figure that they sprayed once, then didn’t follow up a month later. I read that the repellents wash off in the rain, but I’ve sprayed a week before hurricanes and tropical storms that dropped many inches of rain in a month, with no problems. And, if the repellent was washed off, I’d know it. There are not only deer in the neighborhood, but deer bed down in the brush and brambles that border my garden, and there are always deer tracks in the wet areas of the lower garden where grass has been worn to mud by the seeming stampede of deer rushing to visit other gardens for a meal.

On the chance that deer might become immune to the taste or scent of a single repellent I have alternated between two types. Commercial brands are produced with a sticker that prevents their washing off in the rain, and I’ve delayed as long as six weeks before seeing evidence that deer return. I suspect that home brewed concoctions lack these stickers, the reason for their temporary success. 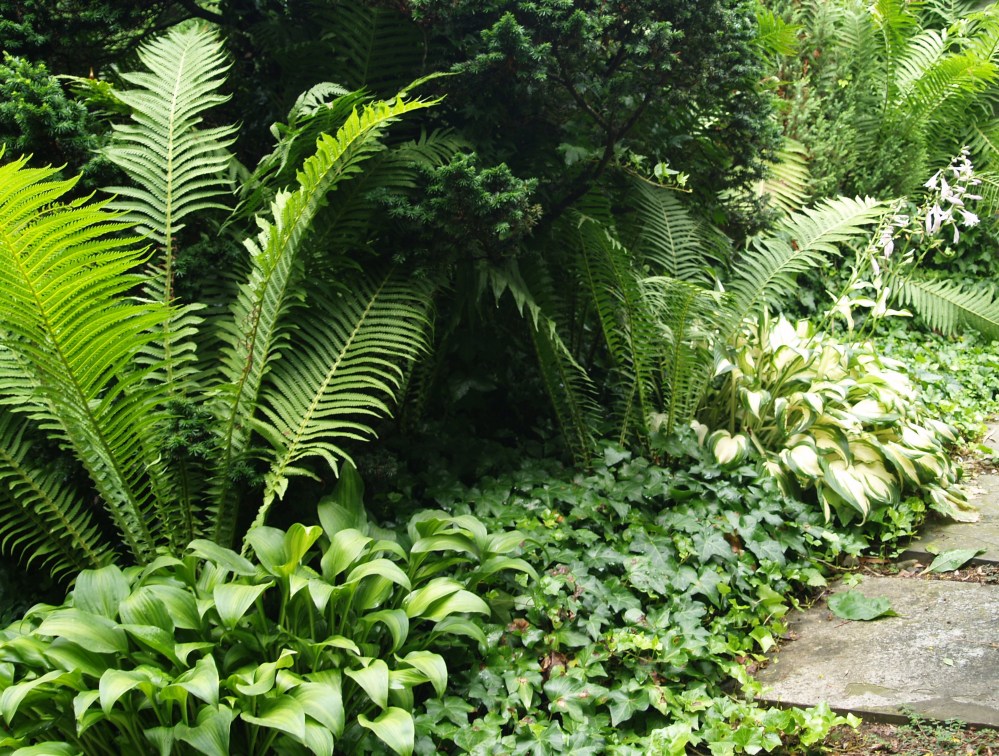 With confidence that repellents will protect the garden I’m not concerned at all when I’m planting whether a plant is deer resistant or not. I don’t spray everything, since I know that plum yews, hellebores, euphorbias, ferns, and many more plants are dependably resistant, but it’s comforting that deer don’t dictate my plant selections.