August is typically the month that drags this gardener’s spirits to their lowest point. Even in the starkness of winter there are blooms that spark some enthusiasm that spring is near, but in August the cumulative effect of summer’s heat stresses the most vigorous plants. Many perennials are bedraggled, and trees often drop foliage and prematurely begin to display their autumn colors.

In irrigated gardens this is minimized, but in my dry garden I often must ignore plants that show summer’s ill effect, and instead focus only on those that tolerate the heat and drought. Fortunately, this is more than a few, but the overall appearance of the garden is less than satisfying, and thus the sagging spirits. But, this summer, much cooler than typical temperatures and adequate rainfall have allowed the garden to look fresher, though certainly it does not compare to the spring’s peak. 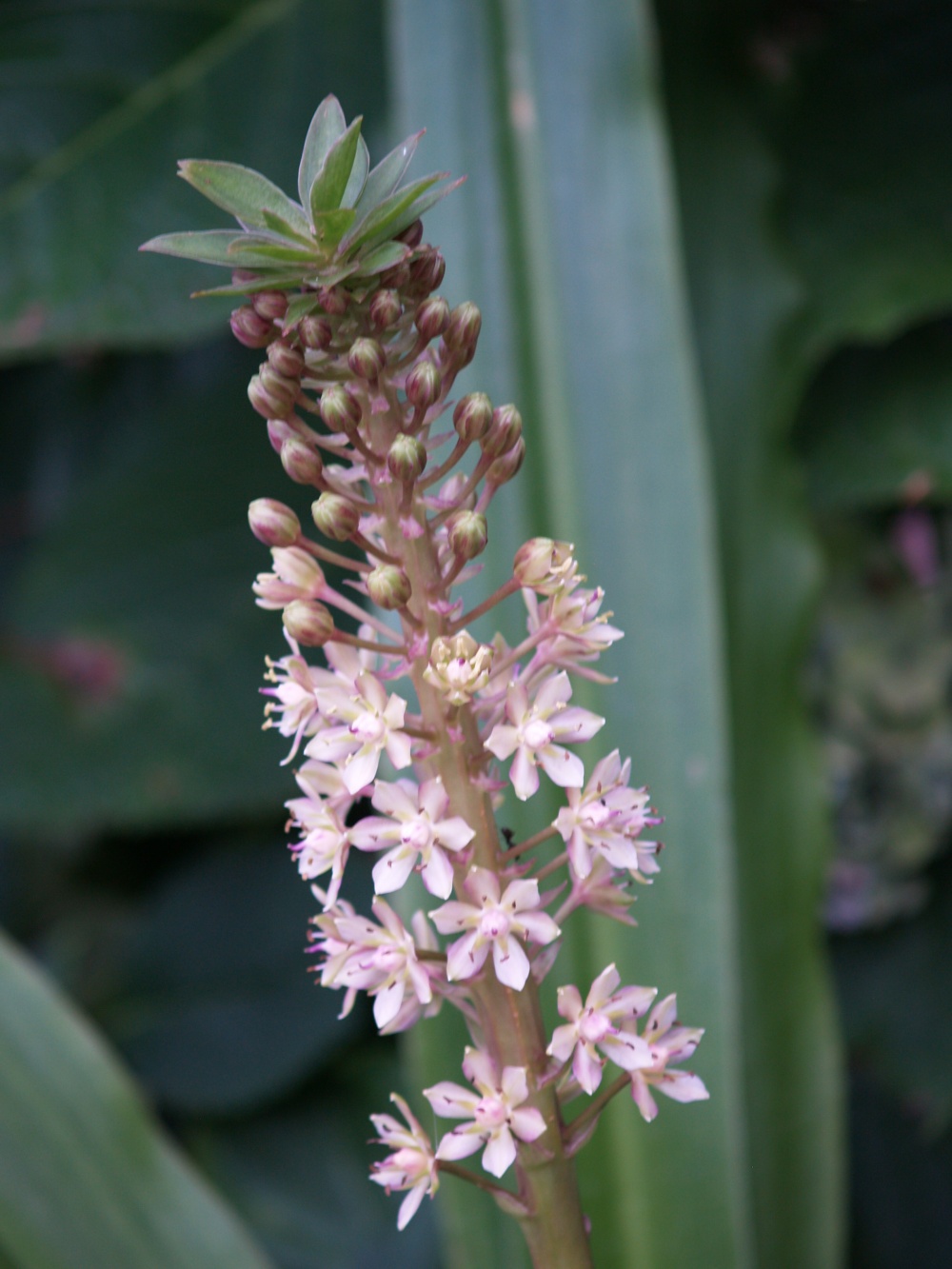 My improved disposition has encouraged me to begin planting already, with more plants on the way. Even with few apparent holes remaining, there seems always space to jam in this something or other that I just had to have, and the new plantings further help to improve the gardener’s attitude.

The serviceberry (Amelanchier canadensis) at the forest’s edge has been dropping leaves since the  week long stretch of hot temperatures a month ago, but few other plants show any significant signs of summer stress. A few of the hostas planted in nearly full sun have faded a bit, but hardly enough to be bothered about, and much less than typically in late summer. The small sections of lawn are still green (a miracle since I pay no attention to it’s care), and otherwise there’s little difference in the garden from a month ago, except different plants are blooming.

The first blooms of the Encore azaleas (Azalea x ‘Conlep’ PP#12133 ‘Autumn Twist’, above) were seen this week, and these will continue with one cultivar or the other into late October (at least). The azaleas have made a dramatic comeback from the winter, when I foolishly refused to spray the late season deer repellent, and most foliage and spring flower buds were nibbled off. Now, the azaleas are lush with foliage and loaded with fat flower buds. I’m not certain what result I was hoping to verify by failing to spray the repellent, but the mistake will not be repeated.

With my failure to spray deer repellent in early winter the liriopes and mondo grasses were also eaten, and for most this was a labor saver since the weathered foliage is annually cut off in early spring. But, the tall growing ‘Crystal Falls’ mondo grass (Ophiopogon jaburan ‘HOCF’ PP17430 ‘Crystal Falls’, above) is an exception that I prefer not to cut. The long bladed foliage has proven to be a bit more evergreen than other mondo grasses in my garden, and when the foliage is cut it’s very slow to begin growing again in the spring. So, I don’t cut it back, and I live with some discolored leaves. But, when it’s not protected by a repellent deer do the work on their own, regardless of my preference.

By early summer there is enough new growth so that I’m no longer tempted to dig ‘Crystal Falls’ out, and in August they are flowering on schedule along with the liriopes (Liriope muscari ‘Big Blue’, above). Both are serviceable ground covers for filling open spaces, and even in the heat of summer the lush foliage and profusion of blooms are delightful. 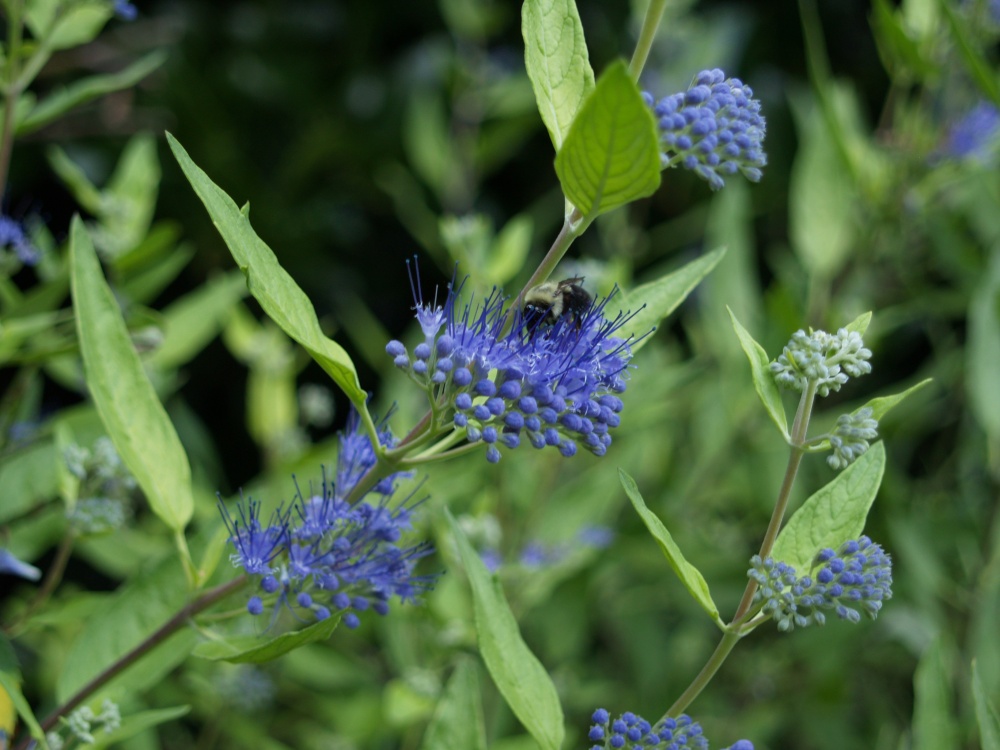 I’ve planted a handful of cultivars of Blue Mist shrub (Caryopteris x clandonensis ‘Worcester Gold’, above), and all are wonderful plants, though a few have suffered mightily in damp areas in this wet summer. In drier ground these are vigorous shrubs that flower dependably despite the often severe demands of late summer. ‘Worcester Gold’ is probably the worst of the yellow leafed Blue Mist shrubs, but with a bit of afternoon shade it performs well in my garden, and I see little difference between it and improved cultivars (though ‘Worcester Gold’ is rarely grown any longer). 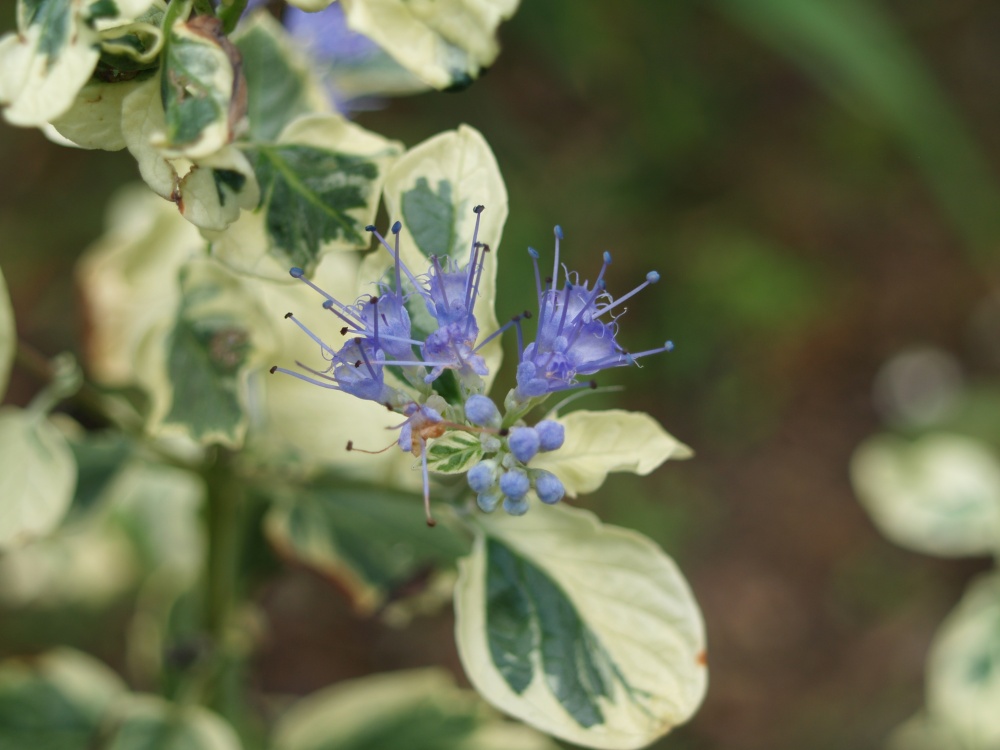 Variegated and other gold leafed Blue Mists will flower a few weeks later, and will continue for most of September for me. In other gardens I’ve seen the blue flowered shrubs planted in masses with spectacular effect, but even as a single shrub where there is not space for more this is an exceptional shrub to perk up the garden in August.