Confused? No, not me, not this time.

While reblooming hydrangeas and Encore azaleas flowered meekly through late summer and early autumn, a small rosemary (Rosmarinus officinalis, below) continues to bloom, apparently unaware (or unconcerned) that temperatures dropped deep into the twenties this week. It is not sheltered, but somehow the rosemary has been fooled into continuing to flower long after it should have called it quits. 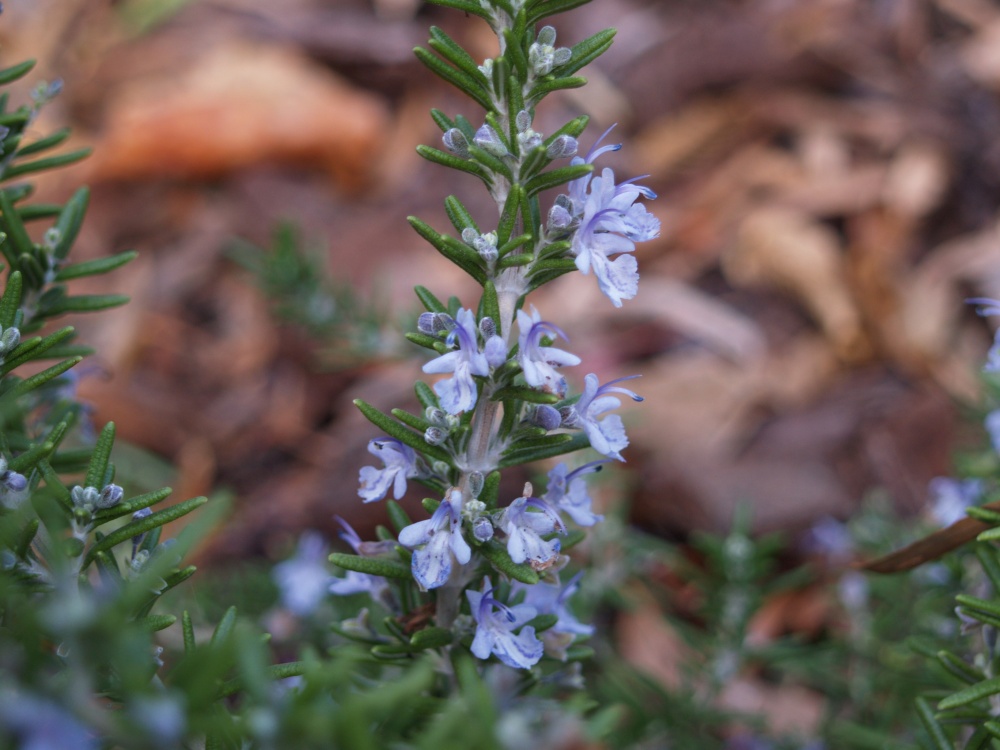 Rightly, long time gardeners are not bothered when something or the other pops into bloom when it shouldn’t, since there is rarely any detriment that comes from it. But, the rosemary’s mid November flowers are a bit unusual, though quirkiness more often seems the rule rather than an exception in the garden.

The rosemary was carefully placed on a low mound along with a few ground cover roses, pieris, and perennials that I expect never to have to water. I have failed with plants that require well drained soils too often, and rosemary prefers the dry climate of the Mediterranean rather than the relative dampness of Virginia. The mound should take care of this, though one of three dwarf pieris planted nearby has died, so I cannot be certain. Adequate drainage or not, this is not the cause of the late flowers. 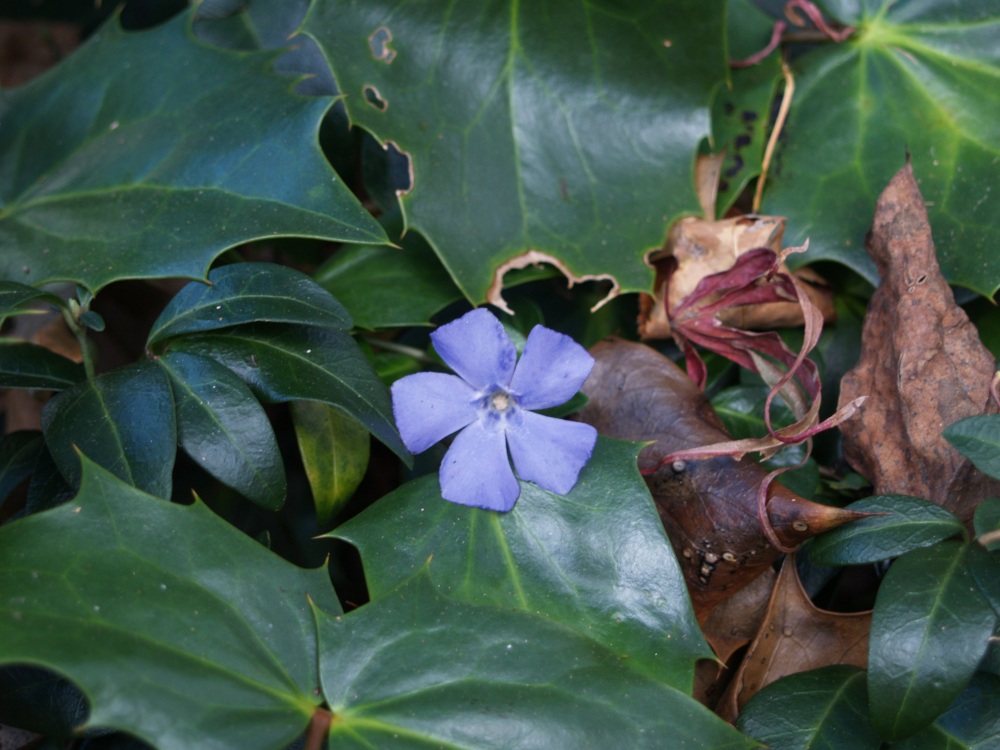 As I walked up from the lower garden a few days ago, I saw a lone bloom on a periwinkle vine (Vinca minor, above) that pokes out from beneath a wide spreading leatherleaf mahonia. Periwinkle typically flowers in early spring, but it is not unusual to see a stray bloom out of season. Flowering pears are commonly fooled into opening scattered buds in autumn, and after the new year any sort of early spring flowering bulbs, shrubs, or trees might be tricked by a stretch of warm temperatures.

Oddly (at least relative to these November blooms), the recent weather has been cooler than typical, so I have no explanation for why the periwinkle or the rosemary are flowering. In any case, the late season blooms are unlikely to be of any problem, and with only camellias and mahonias flowering in the garden in mid November, it is a pleasant distraction.