The yellow needles of golden fernspray cypress (Chamaecyparis obtusa ‘Fernspray Gold’, below) brighten noticeably as temperatures cool in the autumn. I don’t suppose to fully understand the change in color at the time when most plants go into dormancy, but in November the cypress shines across the garden. The fernspray cypress is slower growing than many conifers, but in recent years it has surreptitiously grown to tower over my head. 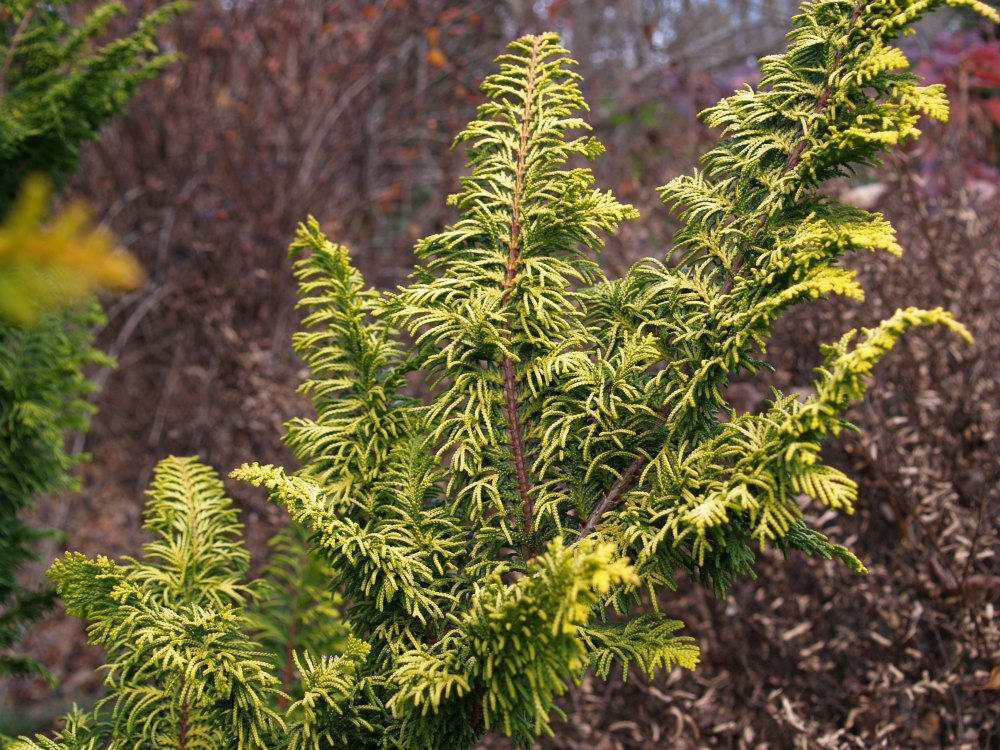 The green version of the fernspray (Chamaecyparis obtusa ‘Filicoides’) that grows in the front garden along the driveway is often a victim of my wife’s ire as it arches slightly over the edge of the drive. Lower branches have been pruned, and then pruned again to keep them back, so at some point the look of wide spreading branches above and shorter ones nearer the ground could spell its doom. I don’t imagine that with continued butchering the fernspray will look right at all, and of course this is the hazard of planting such plants too close to structures, drives, or walks. 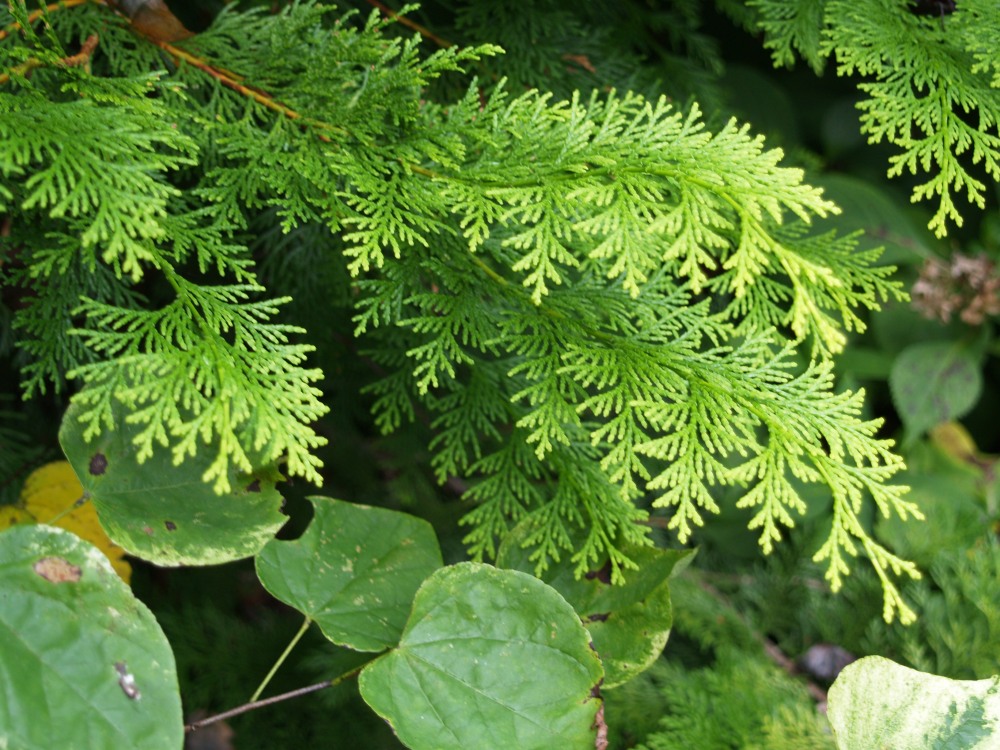 ‘Crippsi’ (Chamaecyparis obtusa ‘Crippsii’, above in late summer) gold cypress and other yellow conifers in the garden fade as winter approaches, though a gold version of Leyland cypress (Cupressocyparis leylandii ‘Gold Rider’) is not discernibly different through any season. ‘Gold Rider’ grows considerably more slowly than its blue-green cousin that is used so commonly for screening, but it lacks the graceful appeal of the many varieties of hinoki cypress (Chamaecyparis obtusa).

Unfortunately, a year ago two varieties of Colorado spruce were removed from the garden. In the front garden, neighboring trees grew to shade a tall columnar spruce (Picea pungens ‘Fastigiata’) so that its lower branches became bare. In the back, a ‘Fat Albert’ spruce (Picea pungens ‘Fat Albert’) suffered from a variety of calamities, with encroaching shade and substantial damage from a towering Canadian chokecherry (Prunus virginiana ‘Schubert’) that toppled onto the spruce when it was snapped at its base in a storm. 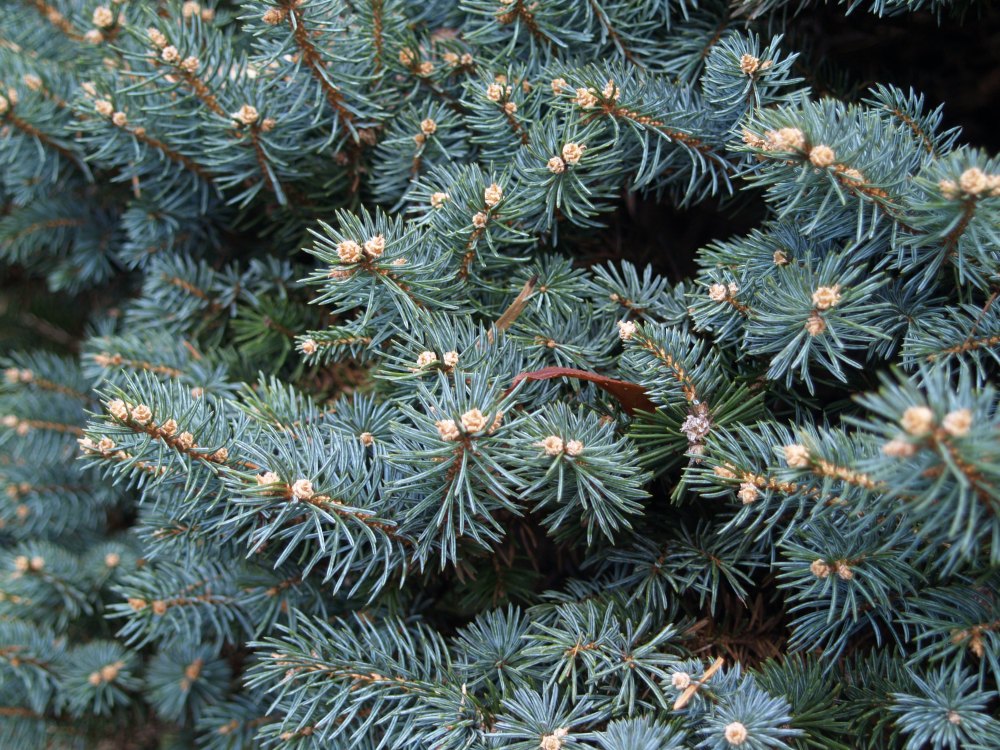 Both spruces were reluctantly chopped out, though this was probably overdue by a few years. Now, more dwarf ‘Globosa’ spruces (Picea pungens ‘Globosa’, above) are the last of the blue spruces in the garden, and though these do not grow so tall, their eventual spread is often not given the proper consideration. Too frequently I see these grow to block walks where they have been placed too close, and I’ll admit that I’ve learned this one from experience. An aged ‘Globosa’ grows far over the edge of a small bluestone patio so that now it is only a walking path. On the opposite side, a green leafed Japanese maple (Acer palmatum dissectum ‘Viridis’) also grows far onto the patio, so in this garden it is not only the size of the spruce that has been ill considered.

In fact, the loss of space on the patio is not a concern at all, and I wouldn’t consider for a moment hacking either plant back to regain the few feet of space. I simply constructed another patio a feet down the path, this one slightly larger, and for now not obstructed by wide spreading plants.