The garden’s evergreen azaleas (above) have managed a few more flowers than expected, though their arrival is several weeks late and after I had given up hope that there would be more than a few scattered blooms this spring. After the severe winter most azaleas defoliated (some almost completely), and in late April when there were no blooms I wrongly assumed that the buds had been damaged by the cold. In fact, many were, and there are many fewer flowers than usual. But, all but a couple azaleas are recovering nicely with new growth quickly filling the bare stems, and the scattered blooms add to the garden’s riot of color in mid May. 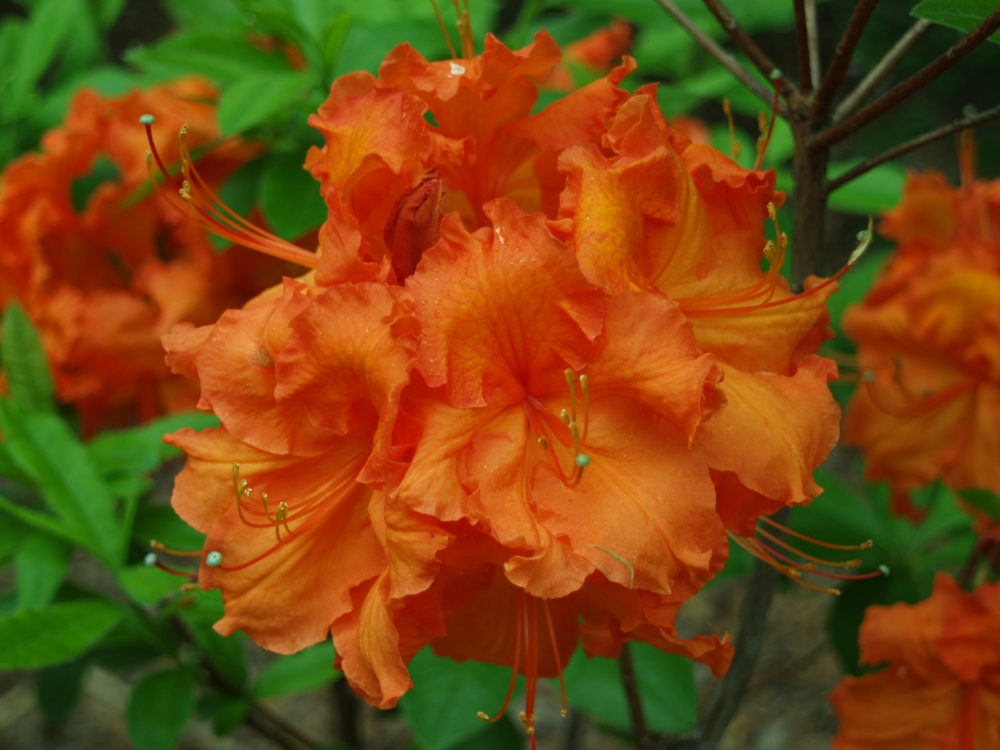 The deciduous azaleas (above and below) were not troubled at all by the cold, and these seem particularly floriferous this spring. By contrast to the pink, white, and purple of the evergreen azaleas, these are tall and open branched, and the flowers are in bright and bold red, yellow, and orange. And, the flowers of many are sweetly fragrant.

In recent years, storm damaged trees have been removed to open up areas that were once densely shaded, and with a bit more sunlight the azaleas have flourished. Noting the improvement, I planted a few more along the forest’s edge, and on the opposite side of the garden in the partially shaded area where a grove of bamboo was removed a few years ago. This is the first year that the dividend of flowers has been fully realized, and even my wife is pleased. She prefers the red, I like the more garish yellow and orange that shine like a beacon from across the garden. 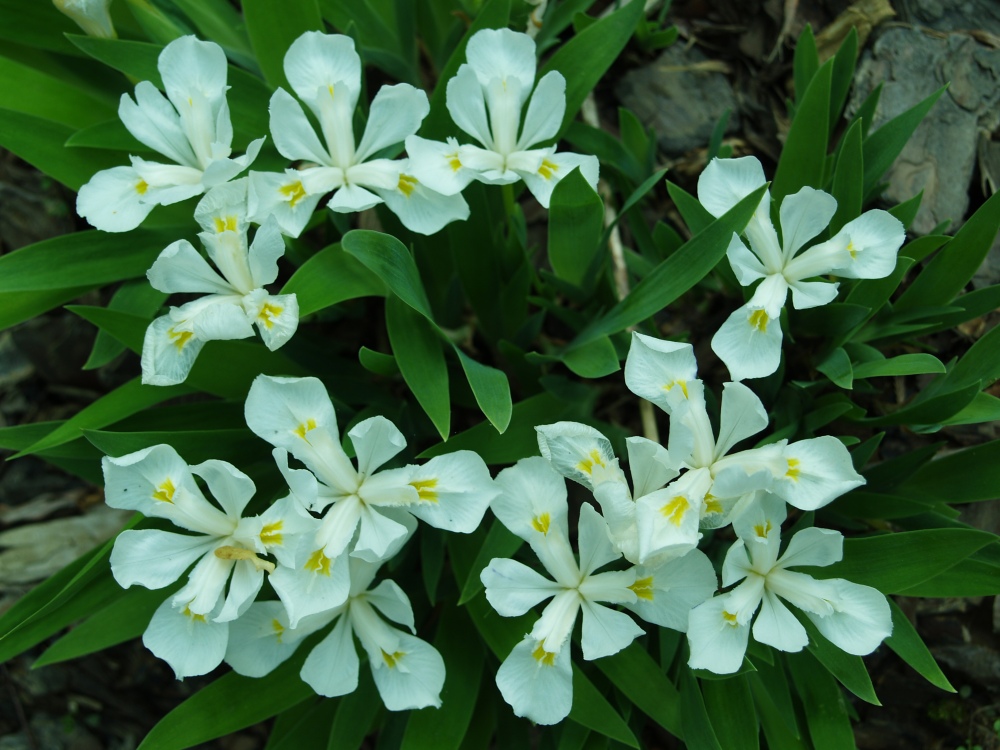 The lower section of the rear garden has been a source of consternation for several years, and this year particularly when the long standing problems with excess moisture have resulted in the loss of several old shrubs. But, a few plants thrive despite the constant wetness. Low growing ‘Tennessee White’ irises (Iris cristata ‘Tennessee White’, above) continue to spread slowly over the damp ground, and to bloom delightfully, while the purple flowered Iris reticulata (below) has managed well, but spreads very little.

Yellow flag iris (Iris pseudacorus, below) is flowering in the shallows of the large koi pond, and in recent years it has substantiated to me why yellow flag should be grown in a lined pond where its growth can be confined. I monitor the overflow where a trickle of a spring keeps soil damp throughout the year, and where seedlings from the iris would be likely to sprout. Within the pond, seedlings have sprouted between stones that are partially submerged, in the nook between boulders on the pond’s waterfall, and any place where the water is shallow that seeds can gain a foothold. 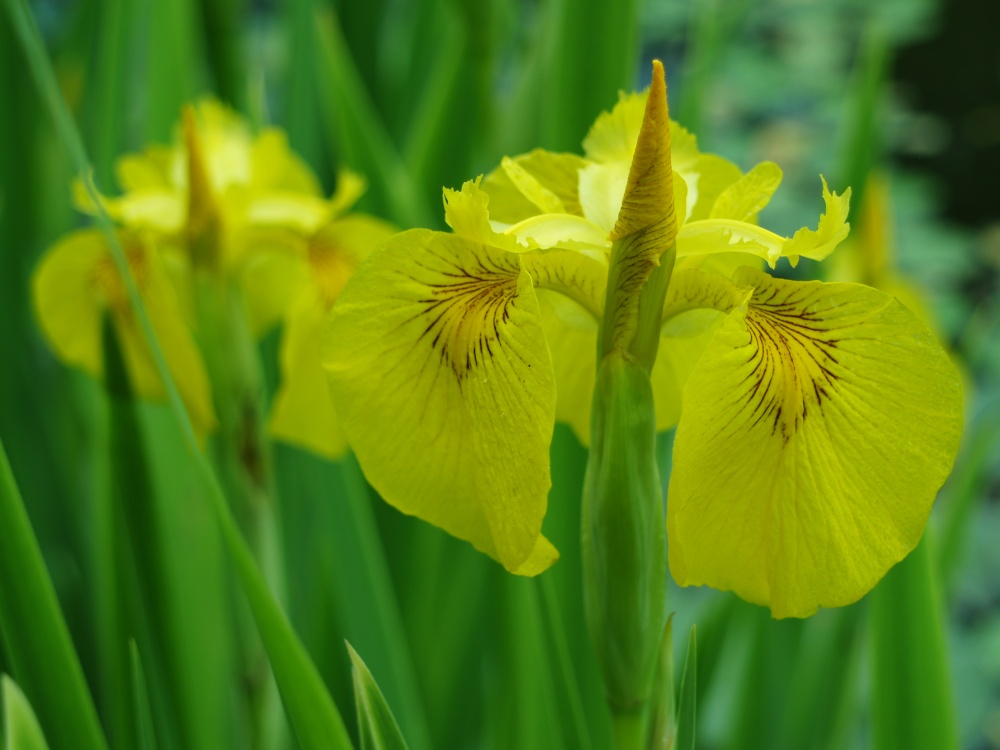 So, in recent years I must tug and dig yellow flag out of the tangled clumps before the roots become hopelessly bound together. Then, the entire clump must be dug out and the roots separated, and if this sounds like too much work, it certainly does to me. Today, there are only a few stray fans of yellow flag that must be dug out, and of course this vigorous nature is the reason why its escape into the wild must be prevented. The simpler solution, and likely the recommended course for most, is to avoid yellow flag completely. But, it is unquestionably lovely, and it was planted in the gravel in the filtration area of this large pond where its aggressive nature is an asset. I am obligated to be certain it stays put.