Inevitably, when planting in early spring I dig into the roots of something that’s not showing yet, usually a hosta that I kinda knew was close by, but I’d forgotten exactly where. And occasionally, a new something will go into the ground without an apparent conflict, only to discover it’s planted a fraction of an inch from another something that appears several weeks later. Of course, one or the other is usually easily moved as soon as I get around to it, which might be August. 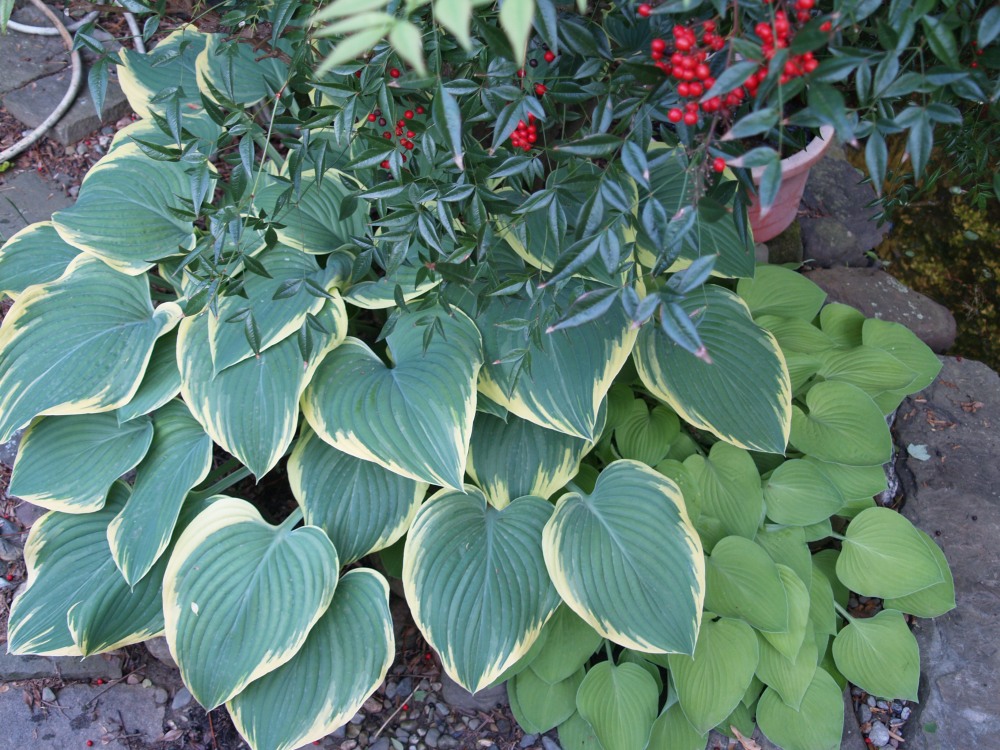 For whatever claims I make, I realize that I am not really lazy, I’m only reluctant to do any more than is absolutely necessary. I’ve planned the garden to minimize chores, but in a plot this size, and with no help except my wife’s occasional meddling, there’s no escaping regular labor to keep a semblance of order (at least what can be seen from the street). While I do as little weeding as I can get away with, and no pruning other than removing branches broken by snow or in summer storms, there is something to do all the time, even if it’s only cleaning up twigs that rain down from the maples and tulip poplars that adjoin the garden.

I see that the small sections of lawn have taken a turn for the worse, again. I pay little attention to the grass, since encouraging it to grow only results in more labor. I hope, at minimum, that the lawn stays mostly green, which sometimes works, while at other times it’s not so good. I don’t mind clover or violets, or just about anything that grows at roughly the same pace as the grass. Patches of bare dirt are hardly acceptable, though they do give an excuse to turn these into planting areas if I can start and finish before my wife has a chance to object. In late autumn the area of sparse grass beneath the purple leafed beech in the front yard was grubbed out, then planted with perennials and grasses that will tolerate the dry shade. This should help to keep the dust down.