A year ago, flowers of the Silverbell (Halesia carolina, below) were ruined by an early April freeze that most notably damaged tender new leaves of Japanese maples and mophead hydrangeas. While damage to the Silverbell was minimal besides the lost floral display, damaged foliage on maples and hydrangeas was evident through the year, with some trees and shrubs not recovering fully until growth this spring. 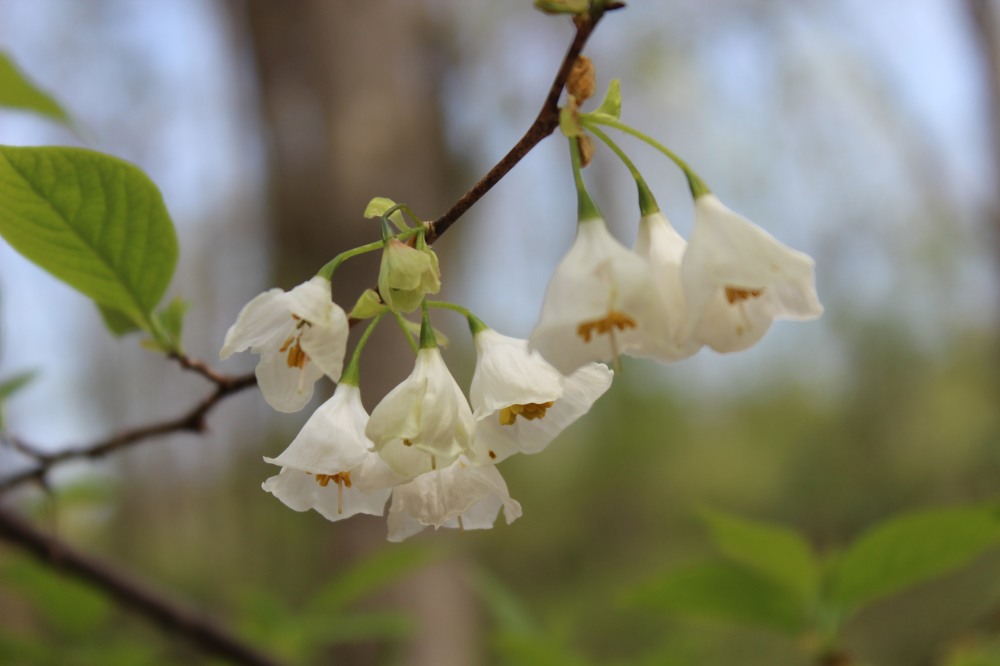 The flowers of Silverbell are paper thin, and would be susceptible to annual freezes if these were a regular occurrence. Fortunately, freezes from mid April on are not typical, and this year the tall, open branched tree is back in full bloom. The gardener overly concerned by the potential for damage should be encouraged not to plant Silverbell, or magnolias, cherries, redbuds, or dogwoods. While these are occasionally injured in a freeze, none are damaged regularly, and it is clear that the risk of a freeze is diminished with each week moving from March into April. 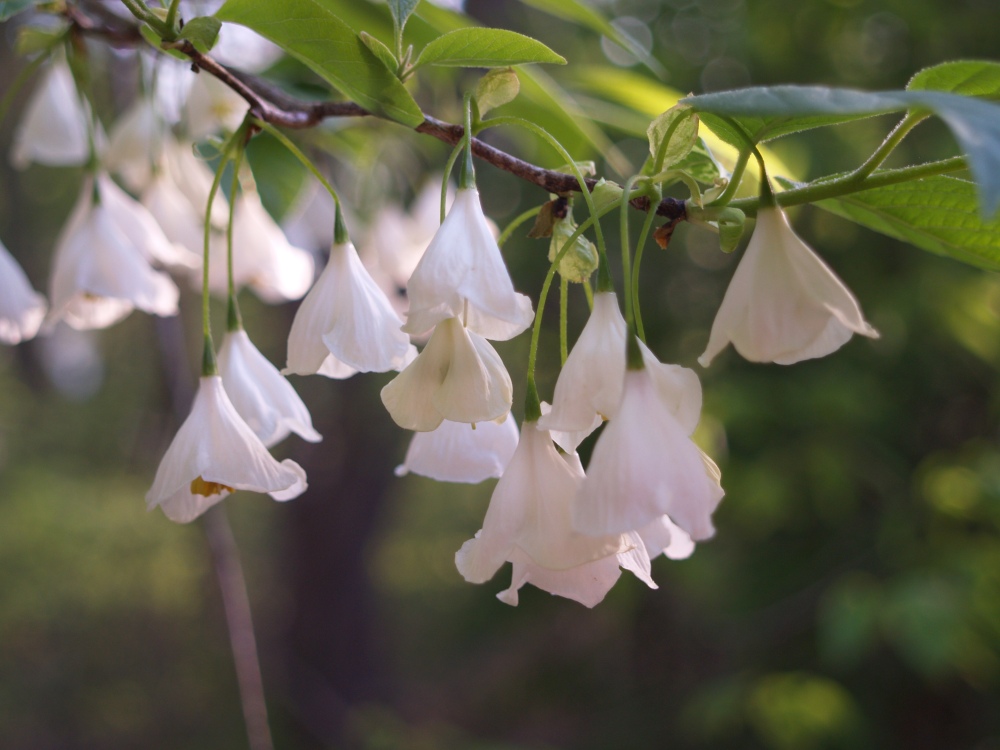 Long ago, I quit trying to figure what makes one tree popular and another not, and it is a darn shame that this southeast American native is not more common. Even in the shade of much taller maples and tulip poplars, the small, bell-shaped flowers are borne in sufficient quantity to make a splendid show. In full sun, even better. In this garden, planted at the forest’s edge open to the north with no direct sunlight, Silverbell grows very upright, with open branching so that many flowers are far up into the tree, and with only a few arching lower branches. I suggest planting in a half day sun or more, and expect the gardener will be overjoyed with his choice.