Several hellebores with Christmas rose (Helleborus niger) genetics appear ready to flower this third week of December, but experience tells that these could bloom next week, or remain in this state for another ten weeks. In recent years, this group has flowered as early as late December, or more typically sometime in February, only a bit earlier than Lenten rose (Helleborus orientalis) crosses.

If my druthers count, I prefer the earlier flowering since many other hellebores will not flower until late January at earliest, even in the mildest winter temperatures. Flowers of hellebores are likely to last for two months, longer in the cold, so the only disappointment is when early blooms are buried under snow for an extended period. 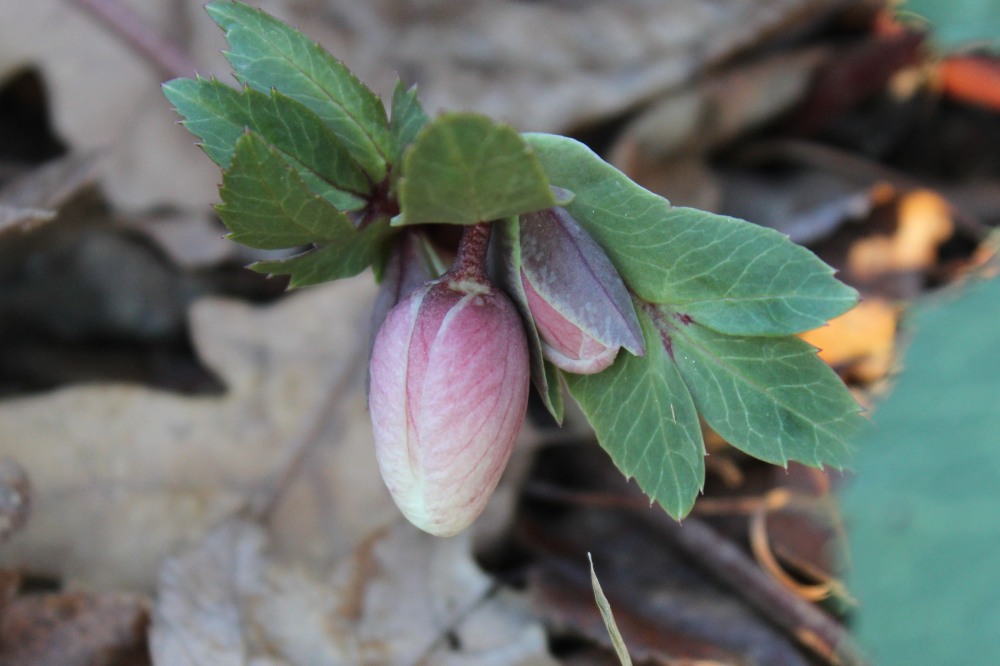 A more regular challenge is that deep piles of leaves must be removed for flowers to properly develop, and again so that flowers can be seen. I take full advantage to rest through the winter months, and rarely get around to clean up until leaves are wet and matted. I am, however, encouraged to get to work with the possibility of late December blooms.