Undoubtedly, rain this summer has been more than is necessary, and more than is desirable for dogwoods and paperbushes (Edgeworthia chrysantha) in lower lying areas of the garden. Two paperbushes droop and shed leaves in saturated ground, then perk up in the too brief drier periods. A woody tree peony, that made it through the rainy spring, could not survive this unusually wet summer.

The variegated leaf ‘Wolf Eyes’ dogwood has dropped all leaves, much too early, but still is not likely to be any more than a temporary concern. Another variegated dogwood nearby, ‘Celestial Shadow’, is on slightly higher ground, but it also shows the stress of over abundant moisture. 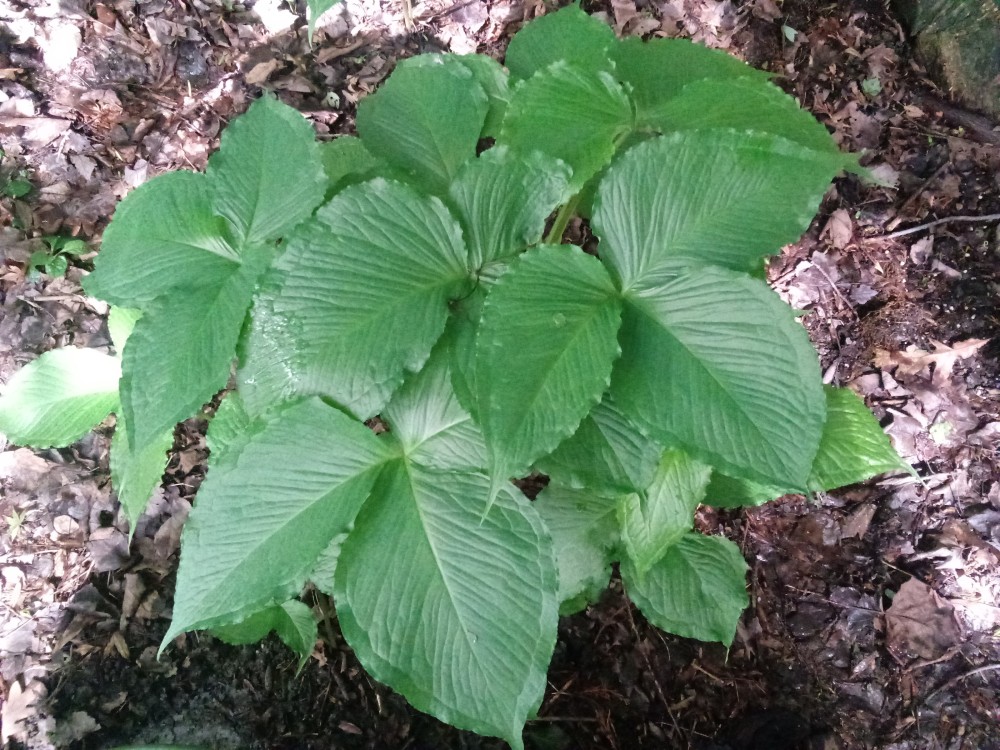 The threat that remnants of a hurricane might bring additional inches of rain next week is less than encouraging, but not really an issue for the majority of the garden on higher ground. With cooler temperatures, and the expectation of rainy weather, several Mountain hydrangeas (Hydrangea serrata) were planted, and dense clumps of Pinellia (Pinellia tripartita, above) and hardy ginger (Zingiber mioga ‘Dancing Crane’, below) were thinned and transplanted.

In ideal conditions, Pinellia can spread aggressively, but dry shade and shallow roots limit its spread in this part of the garden. Through trial and error, I test one thing, then the other, with success determined by those that grow around and over surface roots of blackgum, maples, and tulip poplars. 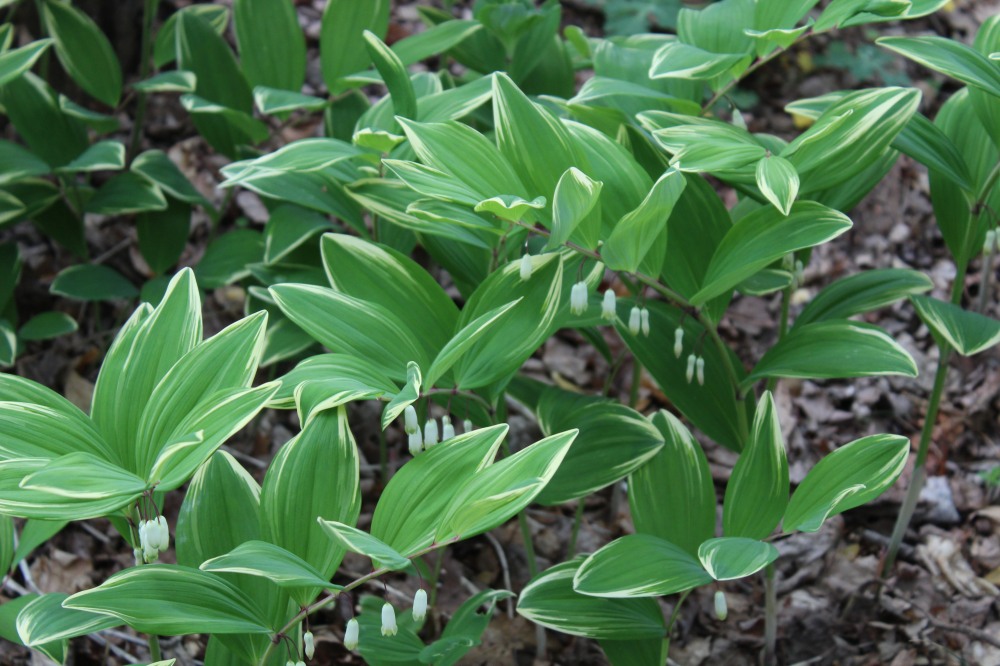 I will be happy if Pinellia overruns the area, though this seems very unlikely. Solomon’s Seals have proved to spread moderately through this shallow, dry soil, and so several are scheduled for delivery and planting in another week. The common variegated Solomon’s Seal (Polygonatum odoratum var. pluriflorum ‘Variegatum’, above) is quite sturdy through less than ideal circumstances, so I expect less common types to be similarly successful.