Mid-October in northern Virginia is not the best time to visit a garden. A garden group visited my place in early November a year ago, and with a warmer than average first half of autumn there were still a few things to see. But of course, I would prefer visitors to see the garden’s peak rather than as it fades for winter.

Certainly, the folks who run the U.S. Botanic Garden feel the same, but my wife and I were going to be downtown for another event, a rare trek into town, so what the heck. I said back in January we’d visit sometime, and I’m not so good at getting around to things, so better late than never. There was not enough time on this day to drop into another promised destination, the National Arboretum, so that will be another day, but probably not until spring.

Much of the outdoor area of the Botanic Garden is dedicated to native plants, and from the moment we crossed the street into the garden the difference between my place fifty miles outside town and the much warmer city was very evident. Even without much cold (until today), many plants west of town are well into winter dormancy, and while there are still plenty of flowers in my garden, most will not last for long. The Botanic Garden is a long way from full bloom, but there are flowers here that faded weeks ago in my neighborhood, and when it drops into the low thirties later this week it will be at least ten degrees warmer in the city. 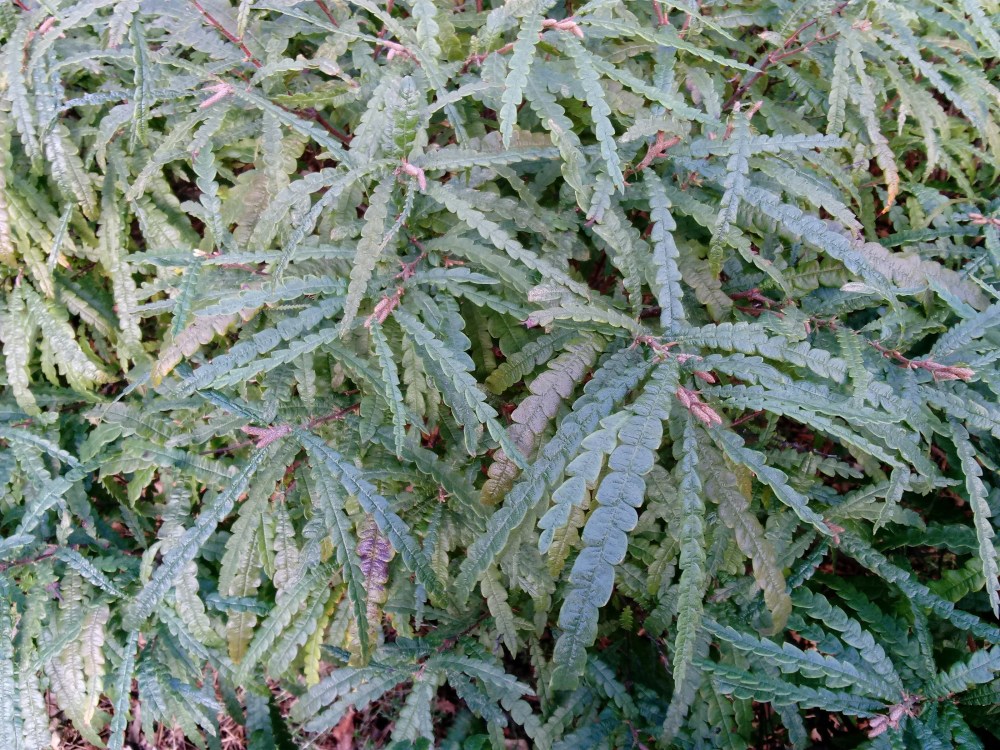 My wife realized, certainly not the first time the thought has occurred to her, that every garden visit must add to the list of plants I absolutely must have, and even this late in the season I’ve added a few. No doubt I’ve seen it before, but several masses of sweet fern (Comptonia peregrina, above) caught my eye, and even before we headed off I was searching for sources. It grew in what looked like vigorous clumps, which references confirmed, and there’s a partially shaded area that’s just off our property that I’m moving into where an aggressive fern would be welcomed. 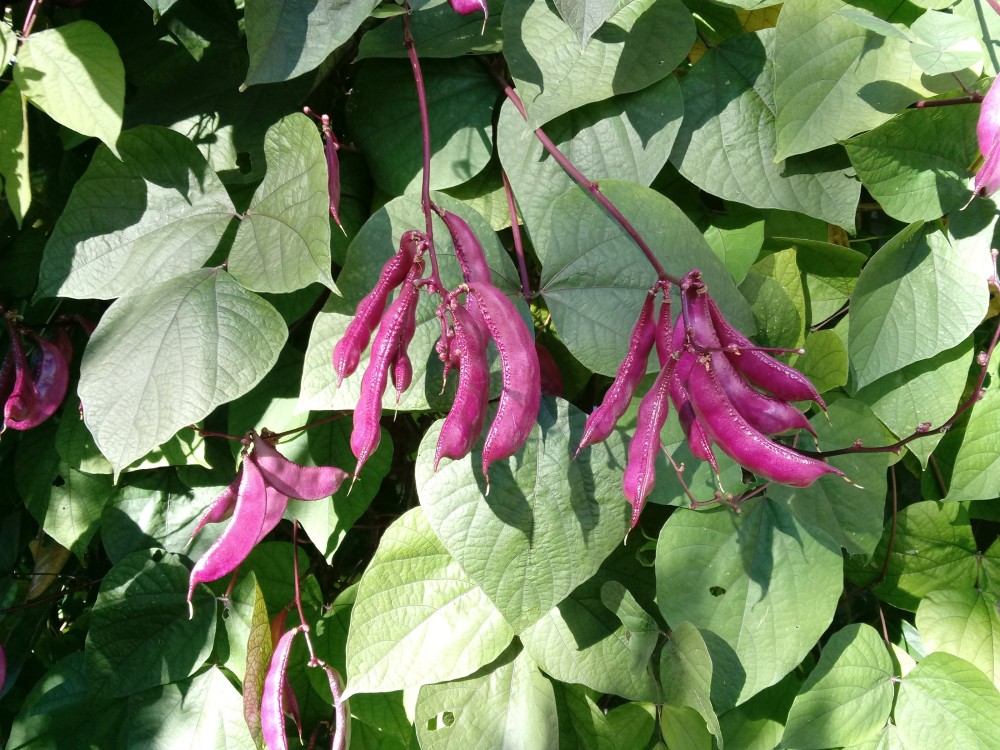 I am a reluctant to converse with acquaintances, much less strangers, but I did have a chance to solve a puzzle for a couple who were trying to figure out what an aggressive vine was that was covering a border fence. Though I’ve never grown it, and don’t believe I’ve ever seen it except in photos, I’ve considered planting Hyacinth bean (Dolichos lablab, above), and here it was, making quite a show. I don’t know where it will go, but I must find a place. It looks like it will be quite a chore to keep the vine from taking over, but even my wife was impressed.

She was not impressed by ‘Winter Gold’ winterberry holly (Ilex verticillata ‘Winter Gold’, above), but only because a branch, heavy with berries, stretched across the path. This is a big thing in our garden. Any leaf or branch that dares stray across a path is chopped, no matter what I say about it, and so ‘Winter Gold’ is now despised. It would be foolish for me to suggest planting one in our garden. And, almost as bad from her perspective, was a summerweet (Clethra alnifolia, below).Before I could express my admiration, I was informed that this wide spreading shrub was evil, as well. To defend the summersweet, I informed her that we have two cultivars of this native shrub in our garden, but from her reaction I now know that I must not point them out.