Again, there are few berries on the tall, seedling American holly (Ilex opaca, below) in the rear garden that can positively be identified as female. There are handfuls of the native American hollies in and near the garden, with many smaller seedling hollies at the edges, and others deeper into the forest that borders it. None have a single berry, perhaps due to their young age, so these cannot be identified as male or female. Where the parent plants are, and particularly females with berries (and thus seeds) I’ve no clue, but clearly birds carry the seeds in, so the parents could be a distance away.

The Koehne holly (Ilex koehneana, above) is typically most dependable of the garden’s hollies for berries, but the crop this autumn is sparser than usual, I suspect a result of cold temperatures that discouraged pollinators while the holly was flowering in early spring. Other hollies are heavily berried, and as usual, branches of nandinas (Nandina domestica, below) are arched under the weight of clumps of berries. 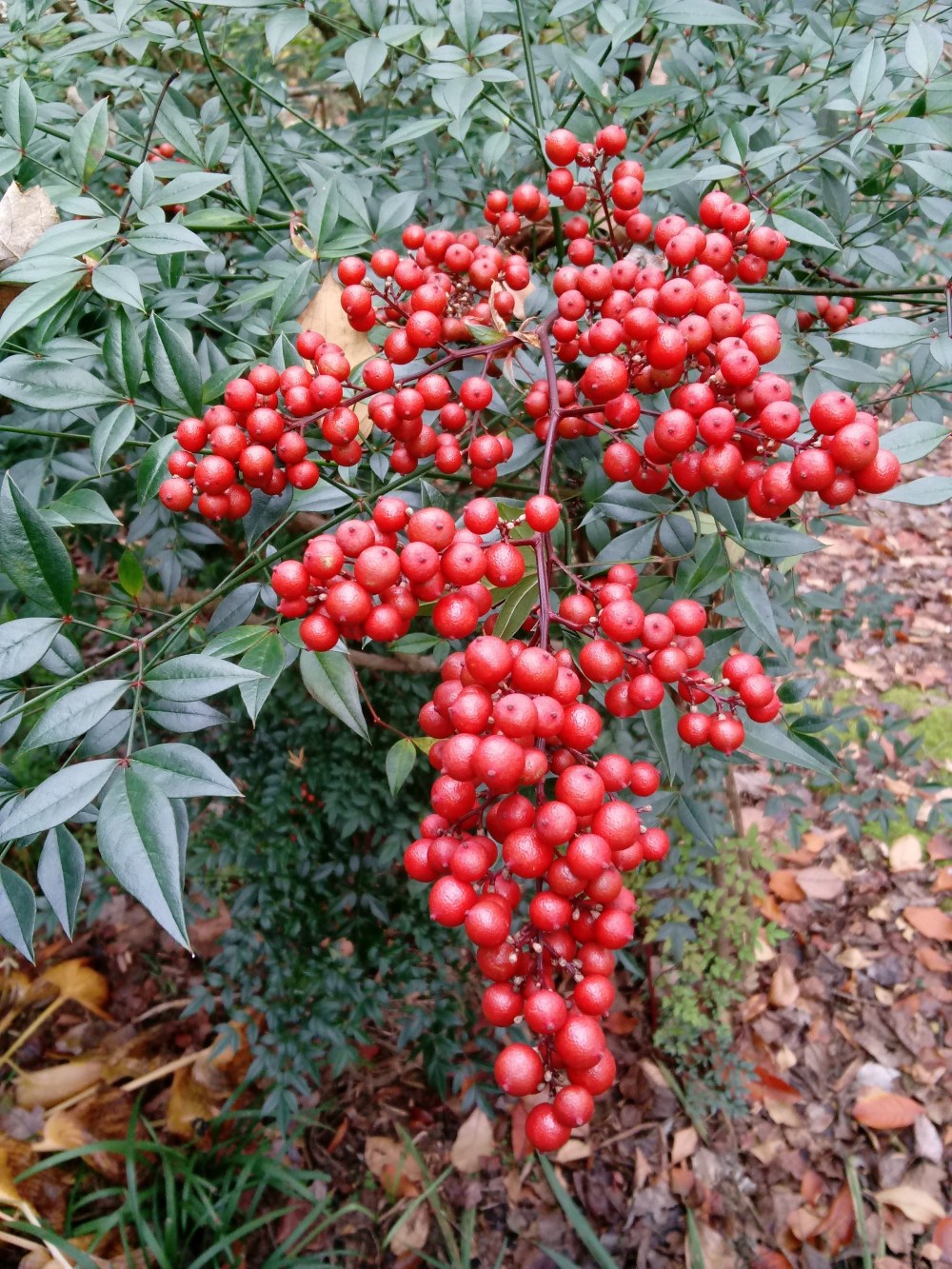 Inevitably, whenever writing about nandinas, there are concerned comments about its designation as invasive, and the toxicity of its berries. There are stories, true I’m certain, that Cedar waxwings have perished eating nandina berries, but I rarely see a bird give the berries even a glance. In late winter, upon the return of robins, I watch as they sample a berry or two, but without any apparent negative effect. As for invasiveness, without birds distributing the seeds, the only seedlings are ones from seeds that have fallen and rolled a few feet away. No doubt, there are areas where nandinas have earned this recognition, but not that I’ve seen, and I’m ever watchful for invasives from any source in local woodlands. 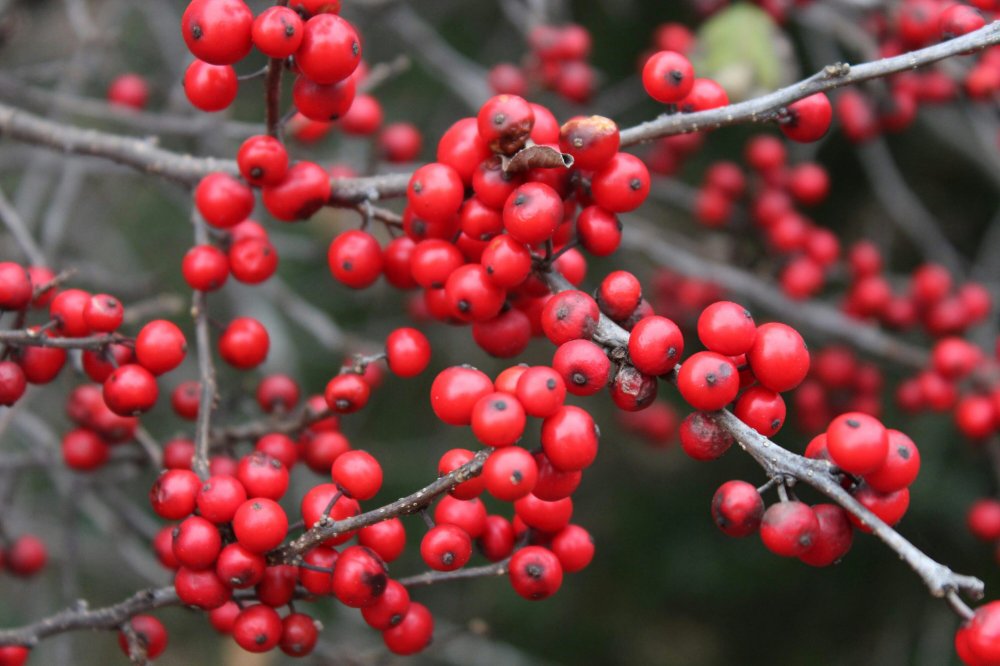 The ‘Winterberry’ hollies (Ilex verticillata, above) are chock full of berries again, a minor triumph that I finally did something about the loss of the male pollinator several years ago. The number of berries declined to almost nothing until a male ‘Apollo’ was planted, and one small shrub has made this huge difference for two very large females. As I whined for several years, ‘Winterberry’ hollies are barely ornamental, and to my thinking not worthy of having around if not for berries. The abundance of berries today is all the evidence necessary to justify their inclusion in the garden. But, a male holly is required, and not to depend, as I sometimes argued until proven incorrect, that there must plentiful pollinators in the neighborhood.