I am determined to pot up more of the garden’s seedlings next year to give away, in particular Japanese maples, hellebores, and toad lilies (Tricyrtis) that some gardener might find valuable. While these have become overly common in this garden, I do not forget that many were once obtained at a considerable expense.

Certainly, all will not be potted since there are dozens (probably hundreds) of maple and hellebore seedlings, and I don’t wish for the potting and after care to take up a substantial portion of my time. Handfuls of each will work nicely, I think. I’ve transplanted enough of these through this garden over the years to know that many turn out to be wonderful plants, even if their lineage is not fully known.

Hellebore and toad lily seedlings often turn out to look identical to parent plants, and occasionally Japanese maple seedlings are similar or appear identical. But, maples growing directly beneath what I presume to be the parent plant can have completely different leaf forms. With unknown genetic crosses from the thirty or so Japanese maples in the garden, it’s not unexpected that a variety of maples would result. 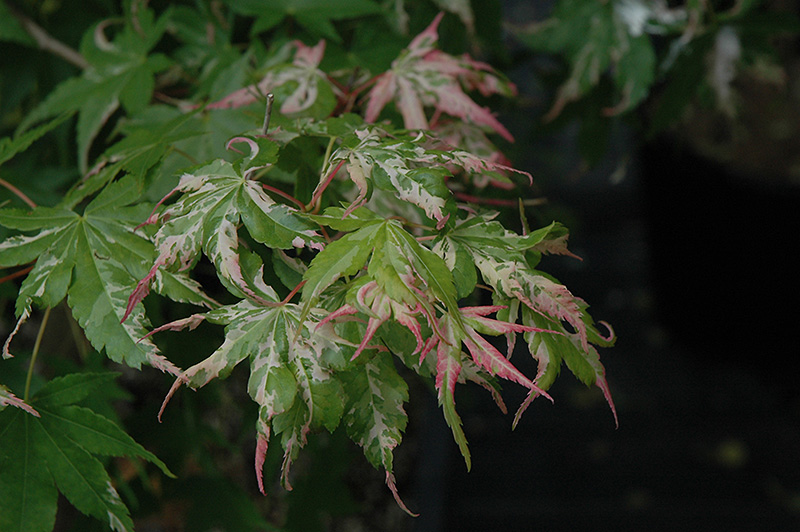 I will continue to transplant seedlings of interest in the garden if there’s a spot for them. This autumn, I spotted a seedling Japanese maple with pink and cream mottling on a red leaf. This is somewhat the color of the nearby ‘Oridono Nishiki’ maple (Acer palmatum ‘Oridono Nishiki’, above), that unfortunately has died after declining in recent years with damage to its bark, I believe due to sun scalding. Perhaps this seedling will be its eventual replacement, though I’m hopeful that whatever combination of genetics might slightly improve the often disappointing and quickly fading leaf coloring of ‘Oridono Nishiki’. 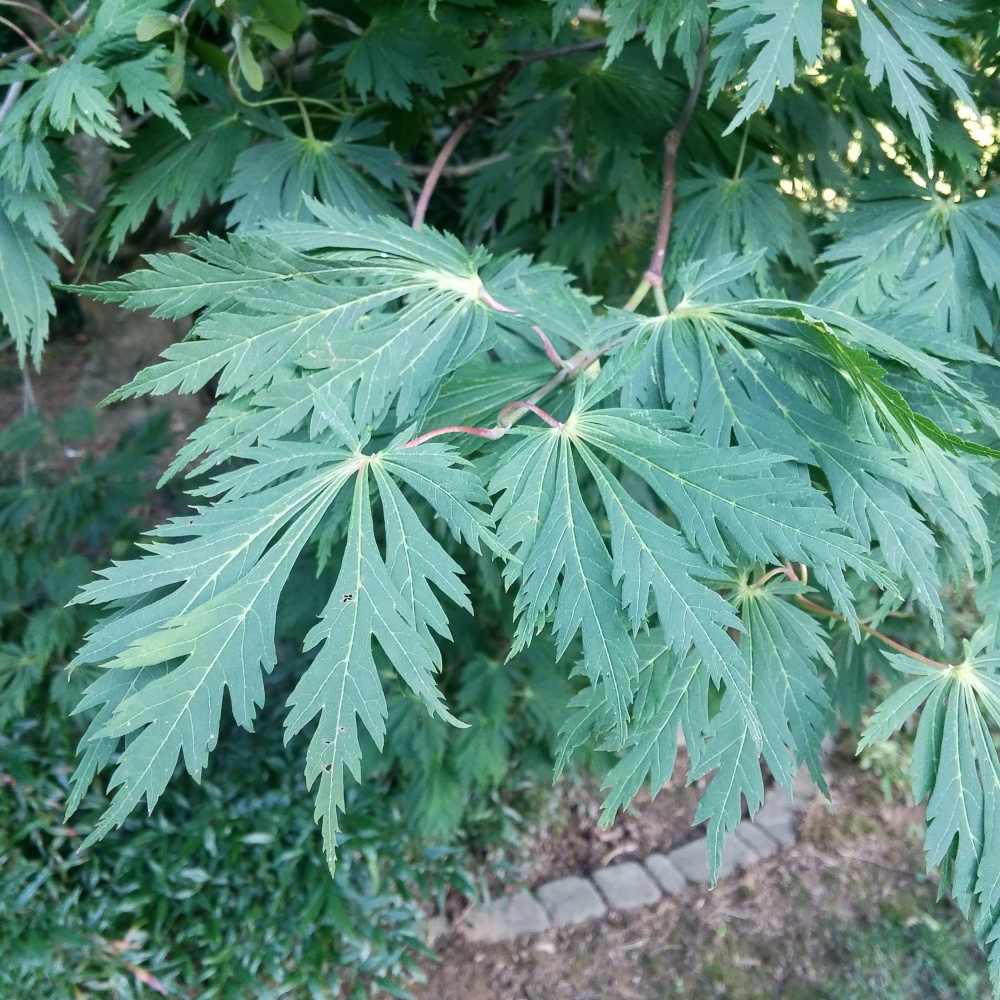 Other seedling Japanese maples range from appearing identical to the upright growing, green laceleafed ‘Seriyu’, to many that are similar in leaf form to the common ‘Bloodgood’ and ‘Burgundy Lace’, in varying shades of red. One seedling of the Fernleaf maple (Acer japonicum ‘Aconitifolium’, above) has been cultivated for two years, though it is too shaded to grow with much vigor, and this is an obvious choice to be potted, fertilized, and brought into partial sunlight.

Several odd leaf forms of Japanese maples are seen, and one I’ve monitored with long, deeply cut leaves has grown a few feet tall, rising up through lower branches of a holly. This maple cannot stay here, and in spring this will be an ideal size to move into a pot. It is, however, unique enough that it is likely to end up in an ornamental pot to grow on one of the patios so I can see if it’s worthy of a permanent spot in the garden.

Hellebore seedlings are mostly (I am fairly certain) from ones originally purchased as Pine Knot strains, vigorous and sturdy hellebores with nodding flowers and shrubby foliage that must be cut in mid-winter to reveal blooms that range from dark purple to light green. While these are not as ornamental as newer hybrids with upward facing flowers, they are nearly foolproof introductions to encourage a curious gardener to begin a collection of winter bloomers.

Finally, no more Tricyrtis hirta (toad lilies, above) will be transplanted. From several initial plants there are now too many, and more stocky seedlings sprout every year. Other toad lilies in the garden do not seed that I’ve seen (unfortunately), but again these are sturdy plants that are likely to be successfully planted in a range of environments. Hopefully, these will someday be treasured in someone else’s garden.