Temperatures in recent weeks have been mild, not what I’d call warm except for a few days that hit sixty (Fahrenheit), but milder than usual for the first few weeks of winter. Certainly, I’m not complaining. I’m happy to live in northwestern Virginia, with no desire to move further to the south (as my wife would prefer). I don’t whine too much when temperatures drop near and sometimes a bit below zero, but there’s not a thing wrong with an occasional mild winter. Most definitely, I’m not hoping for the weather to be any colder, though it’s likely there will be at least a spell or two before spring.

I am perplexed why several autumn flowering mahonias (Mahonia x media ‘Winter Sun’, above) have not fully opened when they are typically beginning to fade by now. The exterior of the flowers are yellow, just as bright as the inside would be, so there’s no lack of color. Usually they’re in full bloom by late November, but not this year, for no good reason that I can figure, and this hardly matters except to bees out looking for nectar on a mild and sunny January afternoon (below, from late December a year ago). 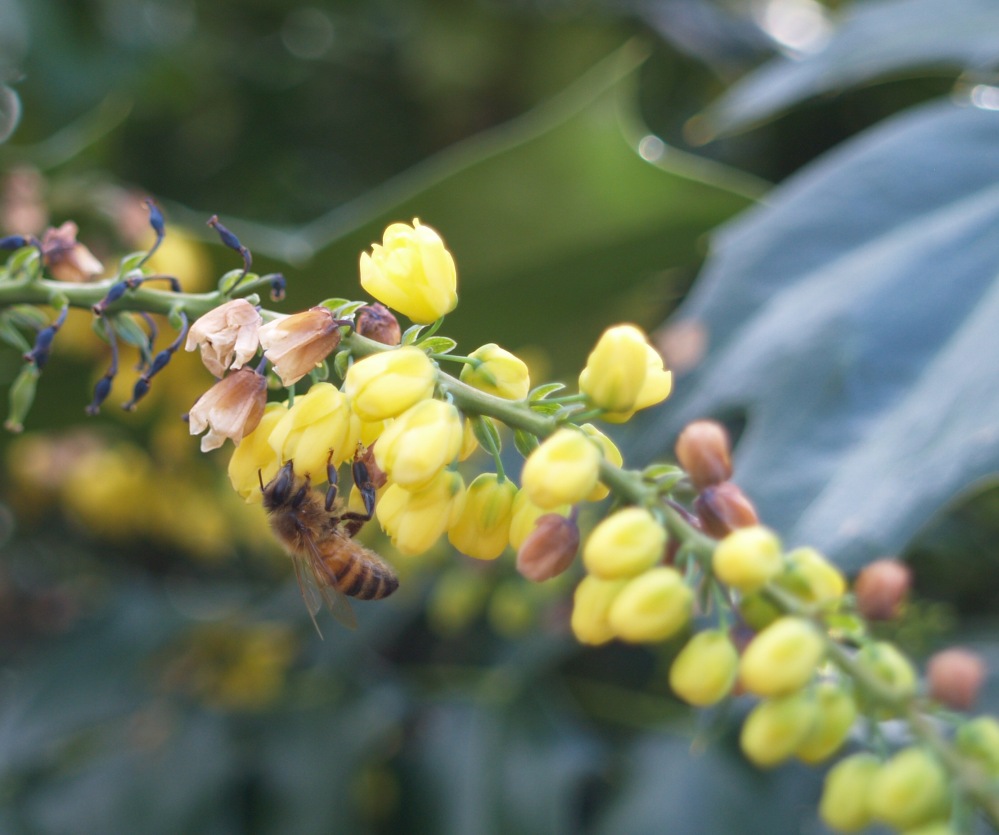 A year ago there were a few early flowering snowdrops (Galanthus) in the garden by the new year, but this year none. I think December was a bit warmer a year ago, though it was very dry and it turned cold in January, and this is a good enough explanation why foliage of daffodils (below) and snowdrops is just breaking through the leaf litter. There are likely not to be flowers until much later in the winter, which is the way it’s supposed to be, no matter that I’d prefer a few scattered blooms much earlier. 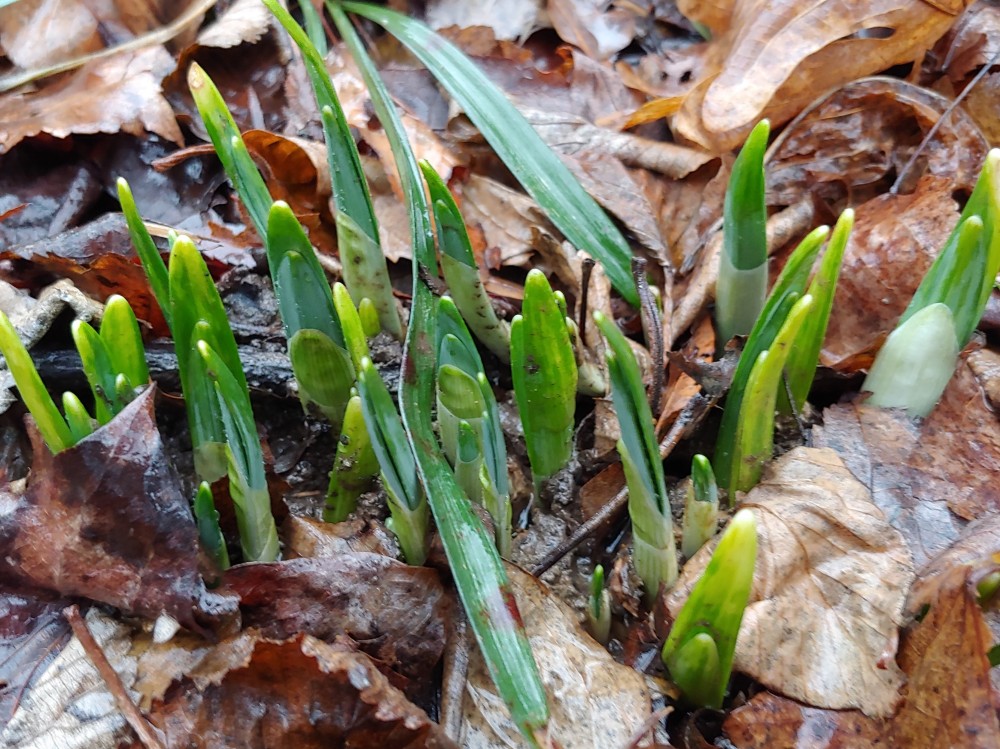 Earlier in autumn I decided to split up a large clump of Sacred lily (Rohdea japonica, below). The clump is tucked beneath a dogwood, not really out of the way, but not in a place to show it off either. It is regularly covered by leaves of the dogwood and nearby Japanese maples, and I’d never seen a berry on it until I pulled it apart and transplanted several smaller clumps. I’ve seen photos of bunches of red berries on Sacred lilies, but figured something was amiss to explain the lacking in this clump. Evidently, they’ve been there all along if I bothered to clean up. 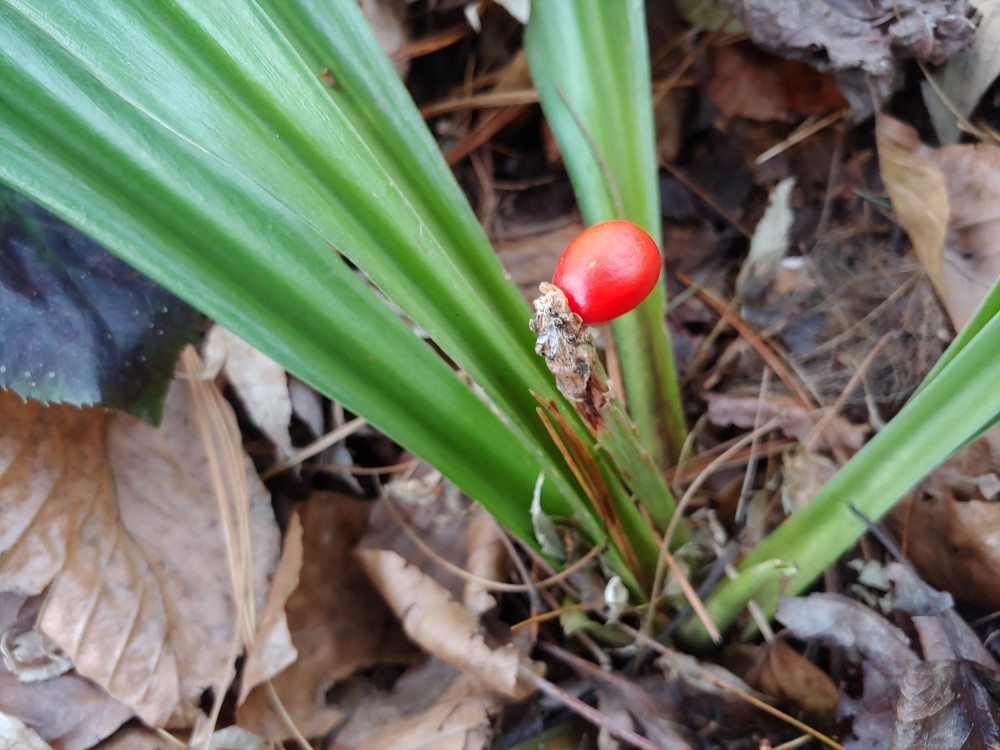