Following an extended period of cold with a half foot or more of snow a week ago, and a couple days when temperatures didn’t get out of the twenties, hope that Spring is near has arrived with weather in the seventies. Many plants will be on a later schedule this year, but a stroll through the garden reveals many delights nonetheless, not all flowers.

The following photos were taken in my garden Sunday March 8 when the temperatures reached the mid seventies. Otherwise, most of the garden appears to be in Winter mode, although as I cleaned up the dead foliage of perennials the new growth has broken ground. 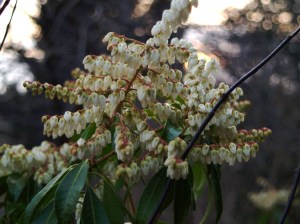 The buds on a Pieris that I think is ‘Dorothy Wycoff’ are beginning to show color while some of the other varieties are still tight in bud. This has been an excellent grower in my garden, although I planted it a bit too close to a path. The second Pieris is an unknown variety, but its white flowers have fully opened.

The hellebore’s are in bloom. They’ve been showing color for several weeks, but now the flowers are opening. I took advantage of the nice weather to prune the older foliage.

‘Arnold’s Promise’ witch hazel has been blooming since mid February. I have a poor sniffer, but there are days when its scent is quite strong. 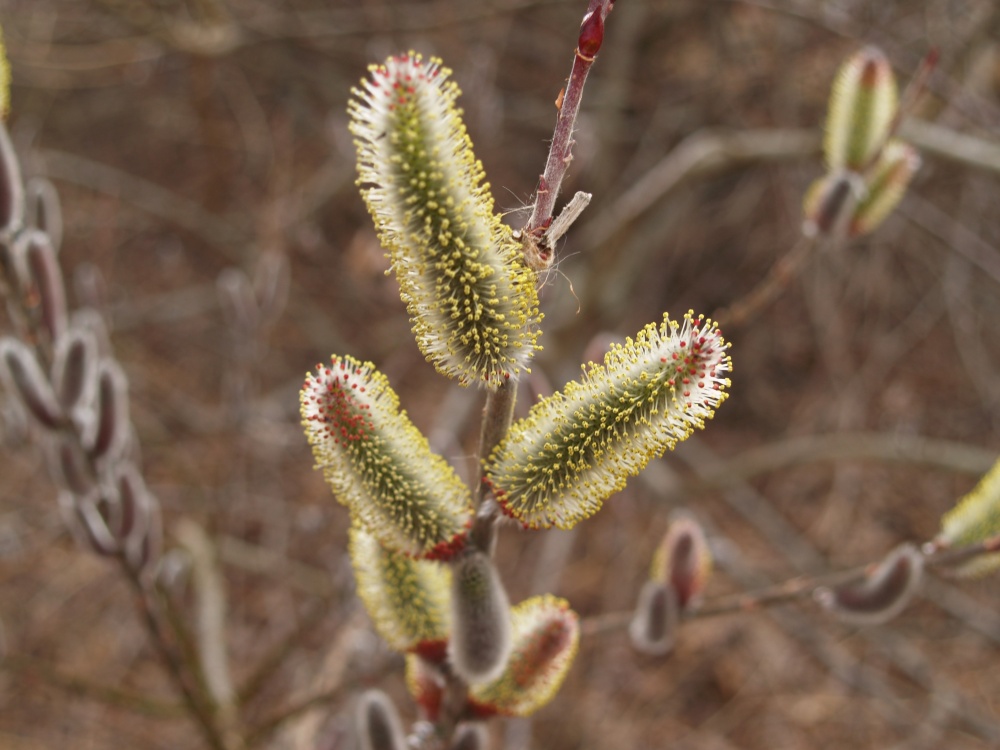 This is a variegated leaf Pussy Willow, which is not distinctly different from the green leafed variety. The soft gray buds at the branch tips are now covered with pollen. Pussy willow is a coarse shrub unsuited for most gardens, but mine is sited perfectly at the damp edge of my property. Six feet further and cattails grow in the marshy ground.

The flowers of Okame cherry are just beginning to show color. This is the earliest cherry to bloom  in my garden. If the daytime temperatures stay above fifty the flowers will begin to make a show a week from now.

Winter jasmine is just beginning to bloom. The buds have been swollen for weeks, waiting for a warm spell. 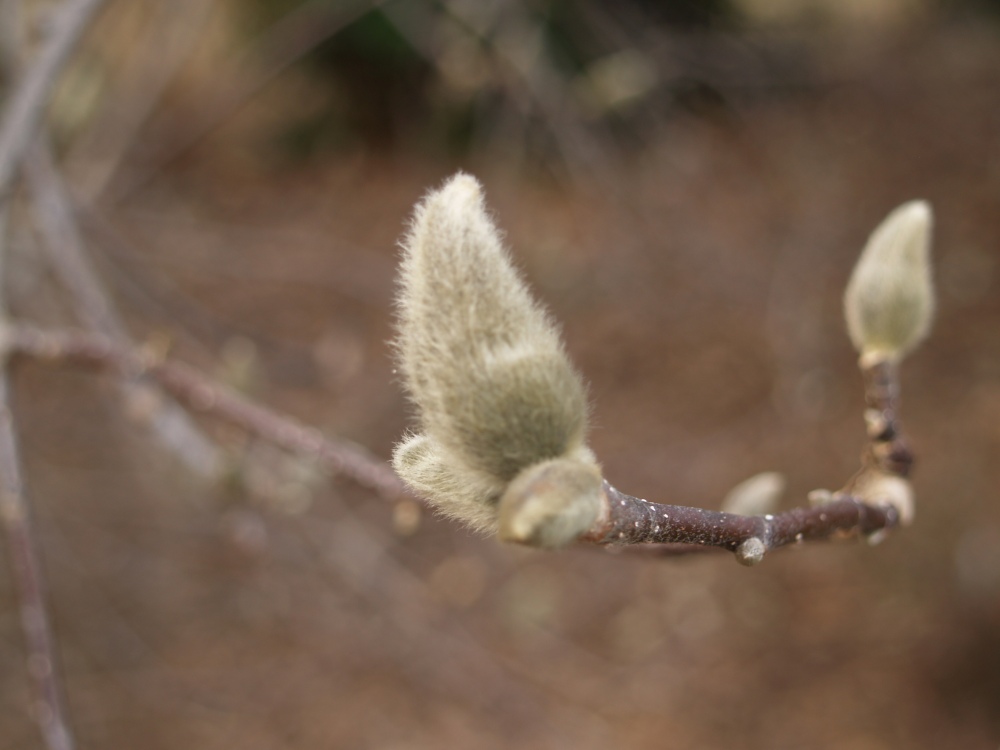 The furry buds of Royal Star magnolia are swelling, but I think they’re a week or more from opening. 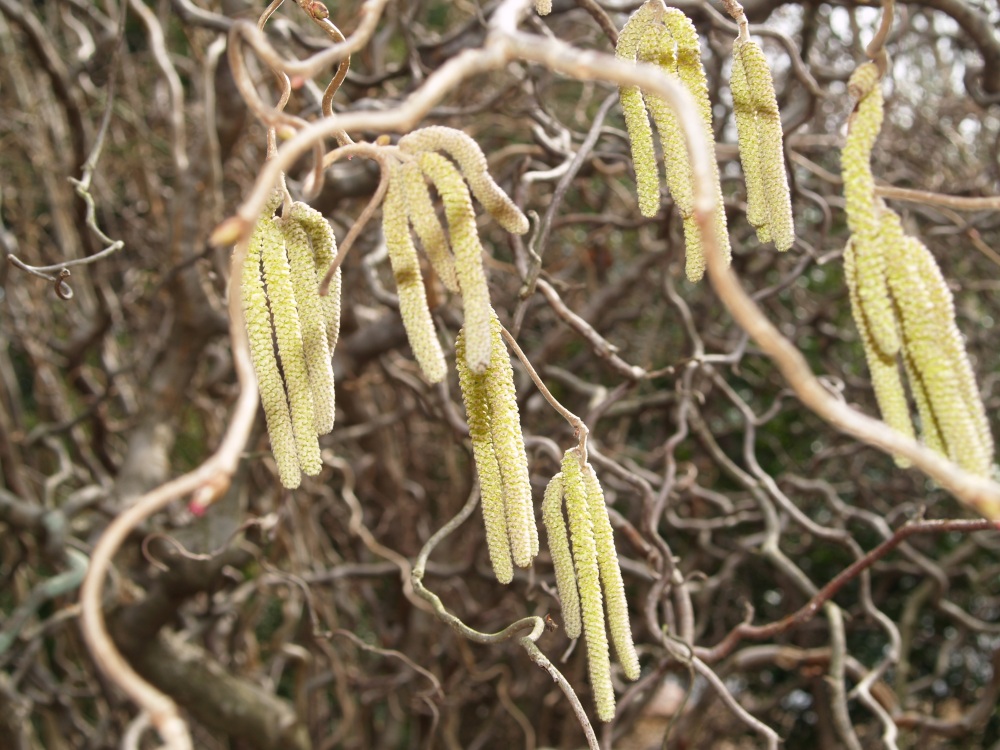 The catkins on contorted filbert, the Harry Lauder’s Walkingstick, add late winter interest to a shrub that will become bland as leaves cover its contorted branches.

An unusual picture, but late Winter brings more interest than just flowers. This photo of Cryptomeria ‘Yoshino’ shows the male and female reproductive organs, which are on the same plant.

I don’t claim to know one sex from the other on cryptomeria, but you can see the globe shaped objects that have the appearance of small conifer cones. The other half is two branches to the right. When you brush against the plant these enlarged areas emit a yellow-brown dust cloud of pollen.

Within a few short weeks the garden will explode in color, and this garden is much too large for one person to care for properly, particularly at this time of year when there is much to do. The answer, I’m afraid, is not to do things properly, but enough to get by.

There is never so much to do, however, that I cannot stop and enjoy.